To share your memory on the wall of Allen Bertapelle, sign in using one of the following options:

Print
Allen Francis Bertapelle, 80, of Missoula, Montana, passed away on Tuesday, Oct. 15, 2019, at his home surrounded by his loving wife and family.

He was born Nov. 17, 1938, in Missoula to Anthony Francis Bertapelle and Olga Blanche Merek.... Read More
Allen Francis Bertapelle, 80, of Missoula, Montana, passed away on Tuesday, Oct. 15, 2019, at his home surrounded by his loving wife and family.

He was born Nov. 17, 1938, in Missoula to Anthony Francis Bertapelle and Olga Blanche Merek. He was the youngest of four boys. On May 15, 1963, he married the love of his life, Karen Lois Burrell, and they enjoyed 56 years of marriage. Al was honored to have spent 7 1/2 years in the Army Reserves.

Over his lifetime he worked for Buttrey's Food & Drug, Lewis and Clark grade school and Arrow Ambulance. He was very proud to have founded the first paramedic program in Montana. He was a volunteer for the East Missoula Fire department, sang in a barbershop quartet and started the EMYAC Youth Club, where he mentored many area kids.

In 1987, Al and Karen moved to Billings, where they purchased Arrow Ambulance and after 20 years they sold the business and moved back to Missoula to be closer to family. While in Billings he volunteered for the Billings Zoo.

His greatest hobby was building N-scale Northern Pacific miniature railroads but his greatest joy was spending time with his family. One of the things that people loved most about Al was his sense of humor, which he kept until the very end.

He is survived by his wife Karen, six kids, nine grandkids and nine great-grandkids. Memorial Service will be at Grace United Methodist Church, 1756 S. 10th St. W., on Friday, Oct. 25 at 1 p.m., with a reception to follow.
Read Less

To send flowers to the family or plant a tree in memory of Allen Francis Bertapelle, please visit our Heartfelt Sympathies Store.

Receive notifications about information and event scheduling for Allen

We encourage you to share your most beloved memories of Allen here, so that the family and other loved ones can always see it. You can upload cherished photographs, or share your favorite stories, and can even comment on those shared by others.

Posted Oct 24, 2019 at 01:28pm
You will be greatly missed by all whose paths you touched. Allen, Karen, Victoria, Edward Bertapelle: Seymour, CT

Flowers were purchased for the family of Allen Bertapelle. Send Flowers 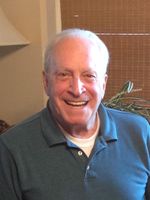 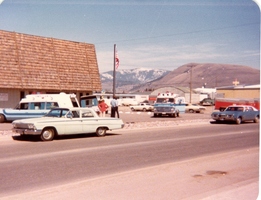