To share your memory on the wall of Allen Fetscher, sign in using one of the following options:

Allen went to Missoula schools and graduated from the University of Montana in 1968. Soon after, he began a business partnership with his close friend Bruce Bugbee that would continue in various forms until his death. An active member of the business community in Missoula and the region, his principal focus was commercial real estate development. He was also an early investor in First Security Bank with his friend Bill Bouchee and others, and served on the bank’s Board of Directors for 24 years until 2016, along with serving on the board of Glacier Bancorp for 18 years until 2015. He valued his regular trips to Kalispell for the Glacier meetings and the relationships associated with them. Meanwhile, Allen worked with various partners in developing projects in Missoula and western Montana including The Millennium Building and what is now the Holiday Inn in downtown Missoula, and residential and commercial projects in Helena and Deer Lodge, among others.

A lifelong Montanan, Allen loved the outdoors and his enthusiasm for adventure and recreation was remarkable and infectious. He enjoyed sharing his passion for skiing, bicycling, rock climbing, hiking, rafting, sailing, and backpacking with family and friends. The family spent many summers at their cabin at Flathead Lake, along with his mother Ellen. During the winter most weekends were spent at Snowbowl. An avid car enthusiast, he was an accomplished mechanic, and competed in drag races at a national level in the 1960s. During his middle years he discovered a passion for competitive cycling, and competed in races around the northwest and nationally, even competing in and placing at the Masters’ national championships.

As Parkinson’s slowly eroded Allen’s athletic abilities, he focused on more artistic pursuits, honing an interest in fine woodworking that produced many cherished furniture pieces. During these years he also enjoyed traveling and sailing. With family and friends he traveled over the years to Italy, France, Austria, and Morocco, and enthusiastically absorbed those local cultures and cuisines (and wines!). He loved sailing in the British Virgin Islands, returning there often as well as venturing to the Greek Islands and the Sea of Cortez.

Alongside Bruce Bugbee, he worked over many years to advance land conservation in the region, including conservation easements for the Five Valleys Land Trust. He was proud to support the Missoula Symphony summer concert in the park. As a younger man he served on the board of Opportunity Resources and also the Missoula Ski Education Foundation and the Northern Division Region of USSA.

Allen is survived by his wife Candace, daughter Emilie (Hugh Walcott) of Wellington, New Zealand, son Burke (Maureen) and grandchildren Nevin, Isla, and Cora of Seattle, and sister Lynn Mitchell of Phoenix and Missoula. The family wishes to thank the many friends who have made Allen’s last years not only comfortable, but meaningful and fun. Thanks also to his devoted physicians who took care of him for so long, the staffs of Riverside Healthcare and Saint Patrick (Providence) Hospital who so eased his many journeys, and the staff of Rocky Mountain Eye and ENT.

We will all miss Allen’s warm and vibrant spirit. A celebration of that spirit will be held in the summer of 2020. We can all look forward to sharing our stories of this memorable person.

There are no events scheduled. You can still show your support by sending flowers directly to the family, or planting a memorial tree in memory of Allen J. Fetscher.
Plant a Tree

We encourage you to share your most beloved memories of Allen here, so that the family and other loved ones can always see it. You can upload cherished photographs, or share your favorite stories, and can even comment on those shared by others.

Plant a Tree in Memory of Allen
Plant a tree 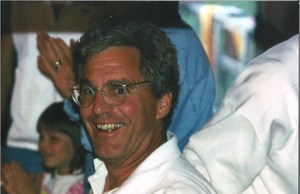