To share your memory on the wall of Ann Clyatt, sign in using one of the following options:

Provide comfort for the family of Ann Clyatt with a meaningful gesture of sympathy.

Print
Ann Clyatt, 82, of Missoula passed away peacefully surrounded by family on Saturday, November 23, 2019, at Footsteps Memory Care due to complications of Alzheimer’s disease.


She was born Martha Ann Collins on October 24, 1937 in... Read More
Ann Clyatt, 82, of Missoula passed away peacefully surrounded by family on Saturday, November 23, 2019, at Footsteps Memory Care due to complications of Alzheimer’s disease.


She was born Martha Ann Collins on October 24, 1937 in Miami, Florida, to William Spence Collins and Gracie Lee (Starling) Collins. A self-styled “Army brat,” Ann lived many places during her childhood due to her father’s military career including Oklahoma, California, Maryland, and Salzberg and Vienna, Austria. When the family returned from Europe, they settled in Atlanta, Georgia, where Ann graduated from Brown High School in 1955. She earned a degree in Elementary Education from the University of Georgia in Athens, Georgia, in 1958.


Ann started dating the love of her life, Eugene Gibson “Gene” Clyatt, while singing in the youth choir at Gordon Street Baptist Church in Atlanta. The couple married there on December 20, 1958. Ann and Gene began married life in Miami, Florida, and then returned to the Atlanta area in 1961 before moving to Missoula in 1977.


Ann taught kindergarten and first grade in both Miami and Atlanta. Following the move to Montana, she worked in the offices of Tomlinson Construction and the Mountain Line in Missoula. Once Gene established Clyatt Construction Company, Ann worked full-time as his bookkeeper and office manager. She also took over Gene’s job as a HUD inspector after his death in 2005.


Ann loved to travel. During their marriage, she and Gene visited all 50 states and made trips to Switzerland, Canada, and Mexico. Following Gene’s death, Ann traveled within the US and Canada and also visited China, Israel, and Austria.


Ann was a member of Kappa Kappa Gamma sorority. She served as treasurer and president of the Missoula Club of Altrusa International. Ann’s relationship with Jesus was central to her life, and she served in many capacities in the churches she attended, including First Baptist Church of Sandy Springs, Georgia; Frenchtown Community Church; Trinity Baptist Church in Missoula; and Lolo Community Church. Ann was also a leader for Bible Study Fellowship in Missoula.


Ann’s greatest role was as a loving daughter, sister, wife, mother, grandmother, and great-grandmother. She was smart and caring, fun to spend time with, and someone who could always be counted on in good times and in bad. Ann will be sorely missed.


The family would like to thank the staff of Footsteps Memory Care at The Springs and Partners In Home Care Hospice for their compassion and professionalism during Ann’s last days.


The family will receive friends Sunday, December 1, from 4PM to 6PM at Garden City Funeral Home in Missoula. Funeral service will be Monday, December 2, at 10AM at Garden City Funeral Home followed by a graveside service at Sunset Memorial Gardens and luncheon back at the funeral home. In lieu of flowers, the family suggests donations to the Alzheimer’s Association or to Lolo Community Church.
Read Less

We encourage you to share your most beloved memories of Ann here, so that the family and other loved ones can always see it. You can upload cherished photographs, or share your favorite stories, and can even comment on those shared by others.

Love to all, The Schaub Family and Alrick and Sherri Hale & family have sent flowers to the family of Ann C. Clyatt.
Show you care by sending flowers

Posted Dec 05, 2019 at 11:47am
We will miss Ann. We first met Ann and Gene when they built their house across the street from ours on Gharrett. She was one of those sweet, kind, southern bred women who are so delightful. She was happy that we had lived in "Middle Georgia" while Rob was in the military and share our memories of that experience. We would visit when we would meet at our mailboxes and when she would walk the dog. We looked forward to seeing her doing the same thing and exchanging smiles and waves after she moved down to the "flats" of Gharrett after she moved down there. Once Chief Charlo Elementary was built I met their grandsons, Kyle and Aaron Kuburich, who were students there. I was on the teaching staff there..She would be delighted to see the family who is now living in "their" house. They are loving that space for several energetic young children to play and send their happy energetic voices around the neighborhood as they enjoy their animals and gardening projects. With fond memories, Jan and Robin Anderson
Comment Share
Share via:
SC

Posted Dec 01, 2019 at 11:06pm
I was saddened to hear about the passing of your mother. My condolences to you all. Ann was a good soul. These types are not easily found. I was glad to run into her twice at Pet Smart, with her little dog, and a hand full of years back at Nine Mile House. Thinking aboutyou all. Steve Cummings
Comment Share
Share via:
LF

Love to all, The Schaub Family

Posted Nov 29, 2019 at 12:47pm
Sheila and Family, we are so sorry for the loss of your sweet mom. Please know you are all in our thoughts and prayers.

Love to all, The Schaub Family purchased flowers for the family of Ann Clyatt. Send Flowers

Posted Nov 27, 2019 at 11:44am
Our love surrounds you! May God bring you strength and peace during this difficult time! 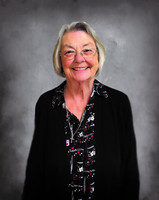