To share your memory on the wall of Carlene Nimlos, sign in using one of the following options:

Print
Carlene Linette Nimlos, 86, of Missoula, passed away on Saturday, February 29, 2020, at the Village Senior Residence, of natural causes.

Carlene was born on Oct. 24, 1933, in Beaver Dam, Wisconsin, to Harry and Clara Sauer. Carlene grew ... Read More
Carlene Linette Nimlos, 86, of Missoula, passed away on Saturday, February 29, 2020, at the Village Senior Residence, of natural causes.

Carlene was born on Oct. 24, 1933, in Beaver Dam, Wisconsin, to Harry and Clara Sauer. Carlene grew up on her father’s dairy farm and attended school in Beaver Dam, Wisconsin. After high school, she attended the University of Wisconsin earning a degree in Home Economics. It was at the University that Carlene met Tom Nimlos, and the two fell in love. Tom and Carlene married on Dec. 18, 1954, and Carlene worked as a teacher while Tom finished his graduate degree. The couple became parents to three sons within five years; needless to say, Carlene was a very busy mother.

The young family moved to Ogden, Utah, for a short while, and then moved to Missoula in 1961, where they lived for the rest of their lives. When the boys started school, Carlene worked for a period at the Missoula Welfare Office, the Bureau of Indian Affairs and the Montana Department of Public Health and Human Services.

Carlene and Tom loved travel and teaching, and in 1971 the whole family signed up as Peace Corps volunteers and spent two years in Columbia and Chile where Carlene worked with women to share her home economics skills while Tom worked with farmers to help them improve soil conditions.

In 1972, Carlene worked on Max Baucus’ first campaign for the U.S. Congress and after his election she worked in his Missoula office. She continued to work for him during his run for U.S. Senate and became his Missoula Field Office Representative until her retirement in 1993.

Carlene was very active with the Missoula Democratic Party and the Missoula Soroptimists Club. She and Tom were also part of a tight-knit group of friends known as “The Seniles” who loved dinner, cocktail and costume parties.

After retirement, Carlene and Tom traveled extensively including trips to India, Turkey, Egypt, Germany and the Netherlands. They also took their sons and families on several vacations to Mexico, Hawaii and Belize. Carlene and Tom spent winters in Tucson, AZ, where they enjoyed hiking and biking, and Carlene took up quilting after taking classes at the retirement park where they wintered. During their time in Tucson, Carlene and Tom volunteered with a Humanitarian group that delivered water and supplies to immigrants in the desert. They also belonged to an RV group from Missoula that took many trips together during the summer. Carlene enjoyed her time as a hospitality volunteer at St. Patrick’s Hospital while in Missoula, as well as hosting students during the International Choral Festival.

Carlene’s great joy in later life was spending time with her grandchildren. She made a large walk-in closet in her home into the “dress-up closet” and stocked it with hats, clothes, furs, jewels and treasures for her grandchildren to play in and grow their imaginations. She loved baking with her granddaughters and teaching them to sew.

Receive notifications about information and event scheduling for Carlene

There are no events scheduled. You can still show your support by sending flowers directly to the family, or planting a memorial tree in memory of Carlene Linette Nimlos.
Plant a Tree

We encourage you to share your most beloved memories of Carlene here, so that the family and other loved ones can always see it. You can upload cherished photographs, or share your favorite stories, and can even comment on those shared by others. 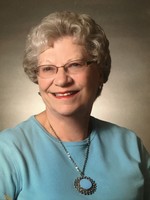