To share your memory on the wall of Christopher Nichols, sign in using one of the following options:

Nick loved the sea, making the sea his profession for over twenty-two years. He obtained the rank of Captain of Vessels as a member of the Coast Guard Merchant Marine. His love of the sea took him to many ports around the world. Most recently he had been working in Alaska on the Yukon River. Nick met Diane, his surviving partner, in 2013. Nick and Diane had in common their love of Montana and the outdoors. Nick was a generous person. He was always the first to willingly help friends and others whenever they needed help and support. He was a fun-loving person, always laughing. Nick enjoyed the outdoors, skiing, camping, hiking, 4 wheeling, and bicycling. He loved music, attending local concerts and performances, the San Francisco 49ers, and reading. Nick, with Diane, had begun recently to explore the wonders that are to be found in nature throughout the United States, with a trip to Maine and the New England area planned at the time of his death. Most recently, his constant companion and shadow was Max, his English springer spaniel. Nick and Max had many adventures together, and could often be found hiking and walking about the Maxville area.

A memorial mass will be held at Christ the King Parish at 1400 Gerald Avenue in Missoula, Montana on June 7, 2019 at 11:00 a.m. Interment will follow at the Western Montana State Veterans Cemetery. Viewing will be held at Garden City Funeral Home, 1705 West Broadway, Missoula, Montana on Thursday, June 6, 2019 from 4:00 p.m. to 7:00 p.m. If friends so wish, charitable donations may be made to their favorite charity or to St. Michael's Parish, Drummond, Montana.
Read Less

To send flowers to the family or plant a tree in memory of Christopher Owen "Captain Nick" Nichols Sr., please visit our Heartfelt Sympathies Store.

Receive notifications about information and event scheduling for Christopher

We encourage you to share your most beloved memories of Christopher here, so that the family and other loved ones can always see it. You can upload cherished photographs, or share your favorite stories, and can even comment on those shared by others. 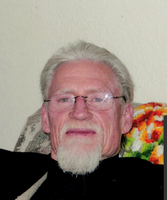