To share your memory on the wall of Dale Janssen, sign in using one of the following options:

There are no events scheduled. You can still show your support by sending flowers directly to the family, or planting a memorial tree in memory of Dale F. Janssen.
Plant a Tree

We encourage you to share your most beloved memories of Dale here, so that the family and other loved ones can always see it. You can upload cherished photographs, or share your favorite stories, and can even comment on those shared by others.

Plant a Tree in Memory of Dale
Plant a tree
1 tree has been planted in memory of Dale F. Janssen
JM

Posted Mar 25, 2020 at 01:35pm
Dale and I were best friends during grade school in Plentywood. We spent countless hours roaming the adjacent golf course with our BB guns, trying to keep the property safe from gophers. We played baseball on vacant lots and shot hoops together on tired old rims. We spent a lot of time at the Janssen house where Bille and Louise and the three sisters were always the nicest of people. As can happen, we grew apart in high school. But we still managed to get together at some pretty wild parties at the Janssen house when Bille and Louise were out of town! Dale was always a kind and decent person. He sure was a lot of fun to be around. R.I.P., Dale.

Posted Mar 22, 2020 at 03:45pm
Danci’n Janssen was a great friend. When I lived in Missoula we all went down to the Top Hat on our usual tour of the Pubs. Dale had recent nose surgery (I think it was a sinus procedure’ where they actually broke his nose). He was all bandaged up, with associated black and blue eyes. After a few toddies, we were all feeling pretty good, and the conversation switched to Dale’s surgery. In one of my most brainless moves, I reached over and tugged on his nose (three stooges style). Dale let out a piercing screen, that I’m sure everyone in the bar heard. For sure I heard it. Dale looked at me with excruciating pain on his face, and I’ll never forget what he said. “If you weren’t such a good friend, I would come over this table and beat the #$@# out of you. Needless to say I bought him beers for the rest of the night (and beyond).
Comment Share
Share via:
DK

Posted Mar 19, 2020 at 01:31pm
My deepest condolences to all of the family. I so very saddened by Dale's passing. I loved my friend Dale! My prayers are with the family.

Don & Michele Kisler purchased flowers and planted a memorial tree for the family of Dale Janssen. 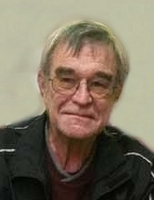