To share your memory on the wall of Daniel Maloughney, sign in using one of the following options:

Print
CONDON — Dan Maloughney, 70, of Condon passed away April 30. Cremation has taken place and memorial services will be held at a later date.

Born in Butte, Sept. 9, 1949 he was the youngest of five children of John and Ann Maloughney. F... Read More
CONDON — Dan Maloughney, 70, of Condon passed away April 30. Cremation has taken place and memorial services will be held at a later date.

Born in Butte, Sept. 9, 1949 he was the youngest of five children of John and Ann Maloughney. From an early age he enjoyed working on anything mechanical and collecting “treasures”. He graduated from Butte Central Catholic High School in 1967. After high school, Dan attended Northern Montana College and graduated with a bachelor’s degree in Industrial Education. After graduation he accepted a teaching position at Montana State Prison. This began a forty-year career with the Department of Corrections. Dan was a compassionate soul and believed in redemption and second chances.

Dan was preceded in death by his parents, John and Ann Maloughney, his sister Nancy Seville and his brother Mickey Maloughney. He is survived by his brothers Pat (Nancy) and Jim (Judy) Maloughney all of Butte, children Shane (Melinda Paul) of Great Falls, Jack (Kari) of Havre, Ryan Maloughney of Condon, Nikki (Kiel O’Brien) of Seeley Lake and his beloved grandchildren, Katelyn, Trenton and Ali Maloughney and Liam and Desler O’Brien.

Memorials may be made in Dan’s honor to the Swan Valley Emergency Services, PO Box 1196, Condon, MT 59826.
Read Less

To plant a memorial tree in honor of Daniel Maloughney, please visit our Heartfelt Sympathies Store.

Receive notifications about information and event scheduling for Daniel

There are no events scheduled. You can still show your support by sending flowers directly to the family, or planting a memorial tree in memory of Daniel Maloughney.
Plant a Tree

We encourage you to share your most beloved memories of Daniel here, so that the family and other loved ones can always see it. You can upload cherished photographs, or share your favorite stories, and can even comment on those shared by others.

Posted Jul 10, 2020 at 09:52am
Dan will always be remembered for his loyal nature, humor, and being accountable to yourself and to others. Dan touched so many in his life. I spent 1/3 of my 30 year career working beside Dan. His leadership and management skills were second to none. His greatest love was for his family. How lucky his children, to have a father like that in their life. How lucky you were to be called his friend. Rest peacefully my old friend, you will be missed by so many. Barbara Rodrick
Comment Share
Share via: 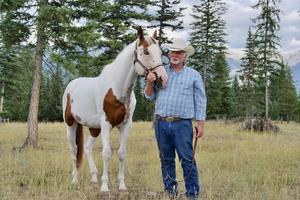