To share your memory on the wall of David Braach, sign in using one of the following options:


“Friendship isn’t a big thing . . . it’s a million little things”. . . this statement defined David Alan Braach’s
life. If you were fortunate enough to be in his circle as family or a friend, you had firsthand experience of the abundance of kind, quiet, helpful ways in which he lived his life.

Dave passed away at home on the afternoon of July 3, 2020 from an extended illness.

He was born the youngest son of David and Alta Braach on August 3, 1961 in Missoula. He learned from
his father the value of working hard and completing a job to the best of his ability. With the help from
his Dad, he became an accomplished hunter and fisherman. He learned the drywall trade working part-
time during high school from Al Tucker.

He graduated in 1979 from Hellgate High School, and eventually traveled to Anchorage, Alaska to work
in drywall. Within a few years he returned to Missoula becoming a master drywaller, ultimately
co-owning a drywall business with best friend John Peterson. Being a man of few words, Dave preferred to let his work stand on its own merit taking pride in a job well done.

In 1993 he met Shelley Rupprecht. They loved travelling and cooking. Together they built a treasured home in Lolo and created a beautiful yard.

Golfing, fishing, hunting and cribbage were among his favorite past times. His favorite memories (too many to count) included family times throughout his life in the Rock Creek area outside of Philipsburg.

Dave was preceded in death by his mother Alta, his beloved son Tyson, and sister Sheri Donica.

Dave embodied the word kindness. We were genuinely blessed to have had him in our lives.

Cremation has taken place and when time allows, his ashes will be scattered in a location that mattered most to him.

A private celebration of life will be held with immediate family and friends at a later date.

In lieu of flowers, donations may be made to the Rocky Mountain Elk Foundation.

Arrangements have been entrusted to Garden City Funeral Home in Missoula.
Read Less

To send flowers to the family or plant a tree in memory of David Alan Braach, please visit our Heartfelt Sympathies Store.

Receive notifications about information and event scheduling for David

There are no events scheduled. You can still show your support by sending flowers directly to the family, or planting a memorial tree in memory of David Alan Braach.
Visit the Heartfelt Sympathies Store

We encourage you to share your most beloved memories of David here, so that the family and other loved ones can always see it. You can upload cherished photographs, or share your favorite stories, and can even comment on those shared by others.

Posted Jul 31, 2020 at 11:51am
With deepest sympathy, thinking of you during this difficult time.

Posted Jul 10, 2020 at 11:48am
In memory of Dave and the friendliness he showed my son Brendan on our fishing trip.

Wade Hoyt & All at Hoyt Homes

Posted Jul 08, 2020 at 11:17am
Hoyt Homes is so saddened to hear of Dave Braach's passing. Please accept our most heartfelt sympathies for your loss.

Posted Jul 31, 2020 at 10:55am
Shelley and Family, We are thinking of you during this very difficult time. Our deepest sympathy.

Flowers were purchased for the family of David Braach. Send Flowers

Posted Jul 10, 2020 at 11:41am
So sorry to hear of Dave's passing away at such a young age. He was very nice to my son Brendan and I when we visited about 6 years ago. He took Brendan fishing way up in the mountains and Brendan still talks about that trip! 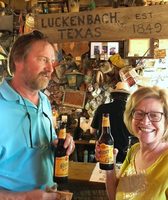 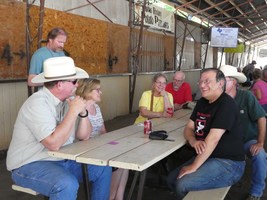 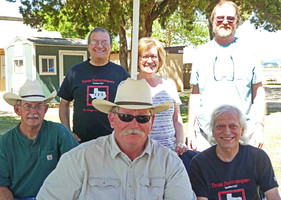