To share your memory on the wall of Delores Harrison, sign in using one of the following options:

Print
Missoula - On March 21st, 2020, our amazing mother, grandmother, sister, aunt, and friend, Delores (Dee) went home to heaven in the arms of the angels.

Delores (Dee) Eve Harrison was born on October 24th, 1928 in Ipswich, South Dakota to... Read More
Missoula - On March 21st, 2020, our amazing mother, grandmother, sister, aunt, and friend, Delores (Dee) went home to heaven in the arms of the angels.

Delores (Dee) Eve Harrison was born on October 24th, 1928 in Ipswich, South Dakota to John and Katherine Dosch. She was raised there on a farm with her two brothers and three sisters. She married Emil Hettick on November 27th, 1947. Emil and Dee had six children together. The family moved to Missoula, Montana in 1958. Emil passed away on May 16th, 1970. Soon after Emil's passing, Dee started work at the University of Montana from where she eventually retired.

On July 24th, 1971 she married Arnold Harrison in Missoula, Montana where they were married until Arnold passed on June 21st, 1998.

After years had passed, she reunited with an old friend from South Dakota, Wilfred Kadlec. They spent their time traveling between Ipswich and Missoula, visiting family, as well as taking many vacations and cruises together. They split their time between Missoula and Ipswich until Wilfred passed away on March 8th, 2015. Dee then relocated to Missoula to be near her children.

Dee was a lifetime member of the American Legion Auxiliary where she spent many years volunteering for the organization. She was also a member of the Eagles. She was a devoted Catholic and member of St. Anthony's Parish here in Missoula. She spent many years volunteering at Holy Family where she tended to their flower gardens and served meals for gatherings at the church. While she was in Ipswich, she did the same at Holy Cross.

Dee was one of the biggest Montana Grizzly fans you could ever meet. She enjoyed many Griz football games, basketball games, and cheering on the Lady Griz! She also couldn't pass up a good deal and in the summer months, you could find her at garage sales.

If you knew Dee, you knew how much pride she took in her flowers. During her time in South Dakota she was a member of the garden club. She grew some of the most beautiful roses. If it was warm out, you could always find her in her yard, playing in the garden. She always said it came from living on a farm for all those years.

Dee never met a stranger she didn't like. She had so many wonderful friends here in Missoula and in South Dakota who she loved dearly. She loved her family so very much and Grandma Chickee, as she was known for her love of chickens, was a very proud grandmother and great grandmother. Her smile would light up the room anytime she could talk about them.

Our family would like to send our sincere thanks to the Village Health Care Rehab department as well as Beehive Homes in Missoula for taking wonderful care of Dee in her last days. Special thanks to Dan, from St. Anthony's Catholic church for coming to see Dee every Sunday and give her communion.

If desired, memorials may be made by donating to Hospice of Missoula in Dee's honor.
Read Less

There are no events scheduled. You can still show your support by sending flowers directly to the family, or planting a memorial tree in memory of Delores E. Harrison.
Plant a Tree

We encourage you to share your most beloved memories of Delores here, so that the family and other loved ones can always see it. You can upload cherished photographs, or share your favorite stories, and can even comment on those shared by others.

Plant a Tree in Memory of Delores
Plant a tree 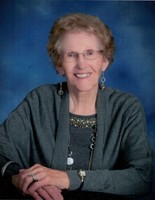