To share your memory on the wall of Donald Olson, sign in using one of the following options:

It was at the Montana Power Company that he met his wife Joan. They were married in 1971 and raised two daughters. A devoted son, brother, husband, father, uncle and friend, he had a strong connection to his Catholic faith. Before and especially during his 32-year retirement, Don enjoyed traveling, always planning the next trip. An avid sports fan, many of those trips were an opportunity to watch one his favorite sports teams. Don was still a season ticket holder for the Gonzaga Bulldogs Basketball program and until recently also for Montana Grizzly Football, part of the reason he and his wife relocated to Missoula 13 years ago. Some of his greatest memories were made during annual trips to Peoria, Arizona and Seattle to see his Mariners.

He was preceded in death by his parents; and a brother-in-law, Jack McCabe.

Cremation has taken place. Due to COVID-19 a private service will be conducted with a possible memorial scheduled at a future date. Arrangements are under the care of Garden City Funeral Home of Missoula.

The family extends their heartfelt thanks to Dr. Kevin Sheehan, the staff of St. Patrick's Hospital, and the staff of Partners in Home Care for their support in taking care of Don.

Instead of goodbye, Don preferred “To Be Continued”... a favorite quote from the late Father Tony Lehmann, S.J.

In lieu of flowers, memorials may be made to the Donald and Joan Olson Scholarship, Gonzaga University, 502 E. Boone, Spokane, WA, 99258.
Read Less

To send flowers to the family or plant a tree in memory of Donald Olson, please visit our Heartfelt Sympathies Store.

Receive notifications about information and event scheduling for Donald

There are no events scheduled. You can still show your support by sending flowers directly to the family, or planting a memorial tree in memory of Donald Olson.
Visit the Heartfelt Sympathies Store

Posted Oct 06, 2020 at 02:32pm
My condolences and sincere sympathy to all the family. Don's mother, Irene Reicks Olson was Leonard P. Kassmeier's cousin.
I remember seeing Don a few times in my very earliest years around holidays. Jim, John and Cathy were seen more often.
Sorry we all have lost touch over the years. My grandmother Mary C. Reicks Kassmeier is now known famously as one of the only midwives in her time to collect a photo album of the children she helped bring into the world. She would have been a great aunt of Don's being a sister to his mother's dad, John Reicks.
In the course of the years, Don and my son, Chris Sedlak met through mutual friends in Missoula in the 90's. He is the one that sent the news of Don's passing through his connection with Don's sister. Cathy. Cathy has shown up on the list of genetic relatives on both the Kassmeier/Reicks side and the Sedlak side. We are not sure just where in time that happened.
Again, Deepest Sympathy and Deepest Condolences.
Donna Kassmeier/Sedlak/Arvidson.
Comment Share
Share via:
MS

I am so sorry for your loss Joan-----Don was such a great guy and always a pleasure to visit with when I would occasionally see you two out and about. You are in my thoughts. 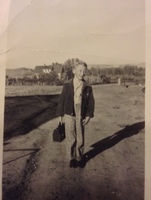 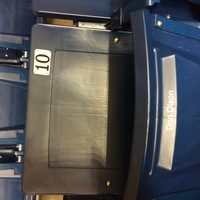