To share your memory on the wall of Donald Stiner, sign in using one of the following options:

Don was blessed by finding a second love of his life and was married to Juanita McNeil on 27 April 1991; gaining a daughter at the same time.

Don ministered to the prisoners at the Missoula County Jail. Lives were changed for the better as he faithfully served there for over 50 years.

A Celebration of Life is to be held 27 June 2020, at 2:00 pm. The location will be Christian Assembly Foursquare Church located at 1001 Cleveland Street Missoula Montana, 59801.

Tax deductible donations can be made to Anamchara Ministries, 515 Madison Ave Ste 283, South Cle Elum WA 98943. Any donations given in Donald L. Stiner’s name will go the Widows and Orphans Fund: these designated funds will help his wife Juanita with any needs she might have in the future.
Read Less

To send flowers to the family or plant a tree in memory of Donald Lawrence Stiner Sr., please visit our Heartfelt Sympathies Store.

Receive notifications about information and event scheduling for Donald 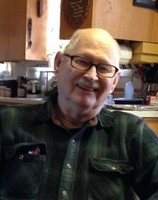 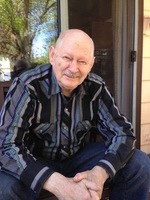