To share your memory on the wall of Floyd Routh, sign in using one of the following options:

Provide comfort for the family of Floyd Routh with a meaningful gesture of sympathy.

Print
Floyd Arthur Routh, 84 of Seeley Lake Mt., passed away on Monday August 12, 2019 at Hillside Health and Rehabilitation Center due to complications of COPD.

He was born on February 9, 1935 in Enid Oklahoma, to Roy and Virginia Routh. As... Read More
Floyd Arthur Routh, 84 of Seeley Lake Mt., passed away on Monday August 12, 2019 at Hillside Health and Rehabilitation Center due to complications of COPD.

He was born on February 9, 1935 in Enid Oklahoma, to Roy and Virginia Routh. As a boy Floyd was raised at the Baptist orphanage ranch and graduated from John Marshall high school
in Oklahoma City OK.

On September 1, 1956 he joined the Air Force and was stationed at Kinross Air Force Base for his entire duty as a Control Tower Operator. Floyd was honorably discharged in 1961 with decorations including a medal for Good Conduct and a National Defense Service Medal.

Floyd was well known by many from Superior through Missoula to Great Falls and certainly the Seeley Lake area. He is well known for helping build the original Seeley DF Chicken what is now known as the Seeley Chicken Coop and Lounge. Floyd threw in his bar towel and officially retired in 2016.

Floyd fathered three children whom he adored and always provided for without hesitation. Floyd loved his children and always enjoyed sharing how proud he was of them until the day he passed.

Floyd is survived by two daughters Teri and Sarah and his son Floyd Andrew “Andy”, his brother Homer of Jourdanton TX, and his sister Ruthann McClorg of Oklahoma City OK.

A remembrance gathering will be held September 14th starting at 2:00 at the Seeley Chicken Coop and Lounge and will go on throughout the day. Please bring pictures and stories and join us for an informal gathering of all his friend’s past and present.
Read Less

We encourage you to share your most beloved memories of Floyd here, so that the family and other loved ones can always see it. You can upload cherished photographs, or share your favorite stories, and can even comment on those shared by others. 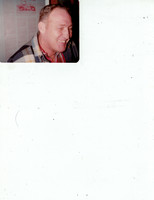 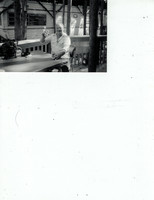 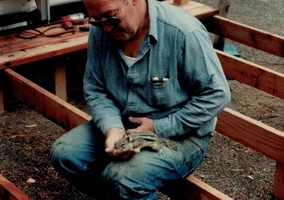