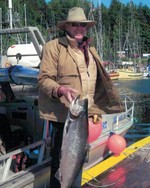 Known best by his surname Curt, George Curtis DeVoe passed away on April 12, 2020 at the age of 68. He was surrounded by his family and listening to one of his favorite singers, Neil Diamond. Curt wore many hats in his life, both figurative and literal, before he became a real estate agent, lawyer, and landlord for what would be one of the most successful family owned and operated businesses in Missoula.
Curt was born on July 26, 1951 to Bonnie and Clayton DeVoe. Raised on a farm in Moiese, Montana alongside his younger brother Charlie, Curt learned an immutable idiom he would maintain from childhood to adulthood: life is work. As a farmer’s son, he did not have chores he had work: from milking, to herding, to changing sprinkler pipes through wicked winters and summers hot enough to grill chicken on a car hood. His only respite from the blistering labor was school, taught in Charlo. It was not a time void of pleasantness, as he fished and hunted pheasants, ducks, and deer on the surrounding lands throughout his younger years. Some of his fondest memories would come from the rare times his mother would excuse he and his brother from class and the three would go out in the Moiese valley to pick the first flowers of spring.
Once he graduated from Charlo High School, Curt moved to Missoula for a brief time before he moved again to Stevensville and took over the Golden Nugget as owner and operator. He served drinks to tired and onry loggers and drove away pool sharks while doing what was necessary to keep his boyish good looks. After too many years of bar fights and the clatter of keno blowers, Curt hit the highways of Montana, traveling town-to-town selling ranches. These were raucous years for Curt as he battled alcoholism all the way into a sanitarium, leaving a trail of shot up highway signs and an ex-wife behind.
In the 1970's, Clayton would present Curt with an opportunity that changed his life: the construction and management of two apartment buildings in Missoula under the auspices of the family run Alpha Real-estate. The success of the two buildings, Alpha Arms and Alpha East, and the business as a whole would prove so lucrative that the three men opened Lords Jewelers, which would come to be a fixture of downtown Missoula for nearly 30 years. For the sake of this enterprise, Curt attended the University of Montana and graduating, the first member of his family to do so, with a degree in political science and a minor in philosophy before entering law school and graduating in 1987. During his years of study he would meet Sara Lipscomb and the two would marry in 1983, having one son, Jasen DeVoe in 1988.
While Curt was not the most outgoing or adventurous man, he perused many passions in the course of his life. For most of the 90’s and early 2000’s, he and Jasen could be found at either Five Valley Lanes or Liberty Lanes rolling 5 to 6 games together every Sunday. Baseball would be another love Curt embraced after the Osprey, precursors to the Paddleheads, were established in Missoula. He was a season ticket holder for many years, starting from the very first season when he cheered along the first base line as the O's won the Pioneer League Championship. In his later life, his only wish was to listen to his audio books, diving through the likes Harry Potter, The Dark Tower, The Wheel of Time, and Game of Thrones in months long listening sessions. He was a Mason, a proud Shriner, and served as the Exalted Ruler of Hell Gate Elks Lodge 383 from 2010 to 2012.
Curt would work for his father until he took over operations of Lords Jewelers and Alpha Real-estate in 2016. He ran both business until he was no longer physically capable. He leaves with no regrets except for leaving his family behind: his son Jasen, his sister Sarah, his mother-in-law Debbie and sister-in-law Stacy, his brother Charlie and his sister-in-law Lonnie, his niece Richelle and his nephew Jon. He is preceded by his father, Clayton, who passed 2016.