To share your memory on the wall of George Larango, sign in using one of the following options:

Provide comfort for the family of George Larango with a meaningful gesture of sympathy.

To send flowers to the family or plant a tree in memory of George "Ben" Larango, please visit our Heartfelt Sympathies Store.

Receive notifications about information and event scheduling for George

Posted Apr 03, 2019 at 11:07pm
I first met Ben when he owned Missoula Fire Equipment. I later met him again when he was a Reserve Deputy and a Bailiff for Missoula County District Court. What a nice man! We often talked about what was going on locally and with the courts, and I, as a public defender for four years and then as private criminal defense counsel, could always count on him to let me know what was "going on" in the legal system and if my clients were behaving appropriately or if I would have to have a" talk" with them. Hah! He was always helpful, kind, and you could talk to him about anything, even in the most stressful moments in felony court.

I met Ben again when I was running for City Court Judge in 2013. My campaign manager lived next door to him and Ben came over unannounced and said he would help out anyway he could! We had several conversations during the campaign and I was always happy for his advice, and, as usual, he was a real help. He was a true "guy's guy"!

My condolences go out to the Larango family and all of Ben's relatives and friends, of which there are many. He lived a great life and will be thought of as a great person. I am sorry I cannot attend the rosary and funeral as I have to take care of my mom at the nursing home, but I know Ben would understand. He is with his loved ones and the angels now, and in the presence of our Lord, whom he always kept in his heart!
Comment Share
Share via: 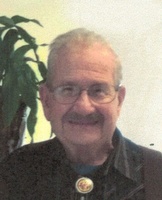