To share your memory on the wall of George Tabish, sign in using one of the following options:

Print
George Joseph Tabish passed away peacefully at home surrounded by his loving family on Friday, March 6th, 2020. He was 86 years old.

George’s parents, Stranger and Florence Tabish (Thomas), Lebanese immigrants from Butte, moved to Chicago during the Depression. While in Chicago, George was born on November 11, 1933. Shortly after George’s birth, the family relocated back to Montana, settling in Missoula.

George was educated in the Catholic school system. He graduated from Modern Business College in Missoula and soon after was drafted and served two years in the United States Army. He was stationed in Chicago for most of his military career, headquartered at the Museum of Science and Industry. After he was honorably discharged, he came back to Missoula where he worked on the family produce farm. During the winter months he worked for a local accounting firm which helped hone his acumen for business.

George loved cars. He purchased a 1957 baby blue and white Ford Fairlane 500 after his discharge from the Army and drove it back to Missoula. That snazzy car and handsome young driver caught the attention of who would become “the love of his life”, Donna Hardin. They married on November 22, 1958, and from this union were blessed with three additional “loves” of his life, a daughter and two sons. George and Donna recently celebrated 61 years of marriage.

In 1958, George, along with his brother, Frank, purchased a service station on the corner of Broadway and Russell, which they aptly named Tabish Brothers Mobil Service. After eight years of independently operating the service station, they purchased Zadra Oil, thus establishing Tabish Brothers Distributing. For the next 25 years they worked side-by-side growing the business until George retired in 1994. Frank and his youngest son Greg continued to operate the business until Frank’s passing in 2015. Greg continues to run the company, which is known today as GW Petroleum.

Upon his retirement, George and Donna split their time between their homes in Missoula and Green Valley, AZ. During their time in Arizona they enjoyed the warm weather, golf, travel, and their many good friends.

During his lifetime, George worked hard but also had many varied interests and hobbies. He became a licensed pilot and enjoyed boating. He took up the sport of skeet shooting and ultimately became a Montana State Champion in 1977. He became interested in sport fishing and spent many days fishing for steelhead and lake trout on the rivers and lakes of Idaho and Montana. In his 50’s, he and Donna learned to play golf. He loved the game and enjoyed many rounds in Arizona and he also played on the Geritol League at the University of Montana Golf Course. He was one of few golfers who could claim to have scored a hole-in-one.

In addition to his hobbies, he was a lifelong member of the Elks Lodge. He was a humble and generous man and during his life made many quiet contributions to benefit the Missoula community.

George had a sharp business mind and he was gifted with mechanical aptitude. Everything he did had to be done to the best of his ability. Nothing was to be done “half-assed”, which led to the work ethic that he passed along to his children.

George had a clever and amusing way of “cutting to the chase” on matters of the day, often spoken in Lebanese. We will miss his sharp wit and his sense of humor which had us laughing a lot throughout his life.

Cleanliness was a must with everything George owned, most importantly his vehicles, which was also reflected in the service provided over the years at Tabish Brothers Mobil station. He loved cars and trucks. He personally bought and sold over one hundred vehicles in his lifetime and there was always a Cadillac parked in George’s garage.

He was preceded in death by his parents, his brother Frank, his nephew Patrick, and numerous aunts, uncles and cousins.

He leaves behind his wife Donna, his daughter Marge (Ed) Anderson of Missoula, his son Ed (Linda) Tabish of Spokane, WA, and his son Dan (Jackie) Tabish of Missoula. George’s eight grandchildren include Michelle Wilson of Denver, CO; Denise

The family would like to give a special thank you to the following: Dr. J. Michael Caldwell; the rehabilitation staff at Riverside Health Care; Partner’s Hospice, especially Aspen, Dani, and co-workers. We would also like to thank all of the compassionate care-givers who lovingly cared for George over the past few years so that he could remain at home, especially Angela, Lindsay, Kelly, and the many others.

George had a special place in his heart for children. Accordingly, the family suggests memorial donations may be made to the St. Jude Children’s Research Hospital, or a charity of your choice.
Read Less

To send flowers to the family or plant a tree in memory of George J. Tabish, please visit our Heartfelt Sympathies Store.

Debbie Johnston and Donna and Gordy Anderson have sent flowers to the family of George J. Tabish.
Show you care by sending flowers

Posted Mar 12, 2020 at 12:25pm
Dear Donna and Dan: We want you to know that our thoughts and prayers are with all of you at this time. We've enjoyed so much the time we were able to spend with you and George, and also with Dan. We wish we could be with you now. We have made a contribution in George's name to St. Jude's Children's Hospital. He was a wonderful man and we will miss him always. Much love, Gene and Jan Tabish.
Comment Share
Share via:
DJ

Posted Mar 11, 2020 at 05:48pm
Ed, your father was an inspiration to the Spokane Community. It is a loss we all recognize. Our prayers to your family, Debbie, Jim, Brad Johnston 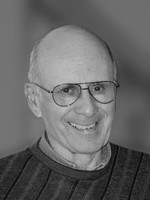