To share your memory on the wall of Gerald Eakle, sign in using one of the following options:

Provide comfort for the family of Gerald Eakle with a meaningful gesture of sympathy.

Print
Gerald J Eakle Jr 91, passed away of natural causes April 11, 2019 with the comfort of his wife and family by his side, as he began his beautiful journey back into the arms of Our Lord.

“Jerry” was Born October 26, 1927 in Aurora,... Read More
Gerald J Eakle Jr 91, passed away of natural causes April 11, 2019 with the comfort of his wife and family by his side, as he began his beautiful journey back into the arms of Our Lord.

“Jerry” was Born October 26, 1927 in Aurora, Illinois to Gerald J Sr. and Mildred K Eakle. He was all things sports. An Alumni of Michigan State University he stayed true to cheering them on in any and all sporting events. The Chicago Bears remained his number one team. Jerry proudly served in the United States Army Company B 19th Infantry Regiment 24th Division.

Jerry formerly resided in Elkhart, Indiana before moving to Missoula, Montana one year ago. He was a proud Roman Catholic and belonged to St. Vincent DePaul Catholic Church in Elkhart.

Jerry will be joining many family members in heaven, most importantly his infant son Donald Paul.

Viewing will be held at Blessed Trinity Catholic Church, Missoula Montana, Wednesday, April 17th at 10am followed by a service with Military Honors at 11am. Jerry will be laid to rest in Holland, Michigan at a later date. Condolences can be sent through Garden City Funeral Home, Missoula Montana.
Read Less

To send flowers to the family or plant a tree in memory of Gerald J. Eakle Jr., please visit our Heartfelt Sympathies Store.

Receive notifications about information and event scheduling for Gerald

We encourage you to share your most beloved memories of Gerald here, so that the family and other loved ones can always see it. You can upload cherished photographs, or share your favorite stories, and can even comment on those shared by others.

Dan, Emily, Alice, and Sally McGivney, Matt McWhorter, and others have sent flowers to the family of Gerald J. Eakle Jr..
Show you care by sending flowers

Posted Apr 17, 2019 at 07:53am
Deepest sympathy to the entire Eakle family. Gerald will be missed. Our thoughts and prayers are with you. With heartfelt condolences The Fioritto's

Flowers were purchased for the family of Gerald Eakle. Send Flowers

Serenity Wreath was purchased for the family of Gerald Eakle. Send Flowers

Posted Apr 16, 2019 at 10:32am
In Loving and Laughing memory of Big Jer, Our family get togethers were filled with Love, Laughs and Big Orange drinking. God bless. The McWhorters 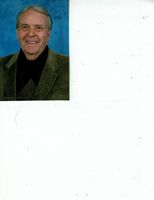