To share your memory on the wall of Gerald Lukasik, sign in using one of the following options:

Print
Gerald L. Lukasik
Gerald "Gerry" Lukasik, 75, of Evaro passed away suddenly on Sunday, July 26.
Born in San Antonio, Texas, on March 2, 1945, he was raised in the south Texas
communities of San Antonio and McAllen, graduating from h... Read More
Gerald L. Lukasik
Gerald "Gerry" Lukasik, 75, of Evaro passed away suddenly on Sunday, July 26.
Born in San Antonio, Texas, on March 2, 1945, he was raised in the south Texas
communities of San Antonio and McAllen, graduating from high school in McAllen,
Texas in 1963. After five years at the University of Houston, he graduated as a
proud Cougar with a bachelor's degree in Civil Engineering in 1968.
He was brought to Montana by summer jobs working for the Bureau of Land
Management during his college years. A few years after graduating and working
as an engineer for McDonnell-Douglas in St. Louis, Missouri, he moved to Montana
permanently with the intention of never leaving.
He married Anna Marie Kolschefsky in 1971 and this marriage brought two sons,
Geoff in 1973 and Greg in 1975. In 1981, Anna passed away and two years later,
he married Jacqueline Adams in 1983 and moved to her home on Evaro Hill which
became his lifelong home along with Jackie's son Shawn Goodson. This marriage
brought an additional son, Grayson, in 1984 and now four boys were living in the
house!
After several years as a consultant engineer in Billings and Missoula, in 1980 he
went to work for Mountain Water Company as the utility's Engineer. For the next 31
years he served the Missoula community dedicating his career to providing clean
and safe water to the residents. During his career, he became very involved and
was a proud member of the American Water Works Association, serving in the
Montana Section Board and on the National Board as the Montana Section
Director. Through AWWA his influence spread throughout the State and North
America as he worked tirelessly to improve the water industry. He made many
great friends during his tenure with AWWA and those relationships resulting in
many great hunting and fishing trips with those friends for many years after his
service time.
In addition to his water career, he was also known as an avid outdoorsman. He
was always excited to take afternoon fishing trips in the small streams near his
home, trips to area lakes, and elk and deer hunting trips throughout western and
southwestern Montana. Later in life he became a member of the Gold Prospectors
Association of America and traveled all over the west searching for gold in various
mining claims. He took full advantage of the Montana way of life!
Many words can describe Gerry. He was a dedicated and very loyal family man to
his children and grand-children and their families. It was rightly said he was more
of a father than a father in-law. In his own words, he said "it is the man's
responsibility to take care of his family," and he did by not only being there for us
but also making sure his kids had a better opportunity for success than he had. His
solid work ethic set an example for his children and grand-children to follow and he
worked hard to make sure all his family's needs were met. He was well known for
his impeccable character where he always stood by what he said, and made sure
his children knew honesty was the only way to go! He was very strong-willed and
always completed every task he set out to do, which included building the large
garage, woodshed and the numerous improvements around their Evaro home.
There was never a summer where a large project was not going on! He had a
heart of gold which was revealed by helping out people he would see in need and
sometimes even providing them with food from his gardens or wild game meat
taken from the usually successful hunting season, or helping neighbors in need by
financial gifts. He was also a good natured teaser, especially with his grand
children and he always made sure he got the "last-tag." Anyone who knew Gerry
was better off for knowing him.
He is survived by Jacqueline, his wife of 37 years, four children, Shawn (wife Mary
Anne and children Jamie (husband Mike), Dylan and Cody), Geoff (wife Sheri and
daughter Taylor Anne, and step children James, Taylor, Trenten and Spencer),
Greg (wife Laura and children Hannah, Jared and Kylie) and Grayson (wife Jan
and children Gavin and Ali), sisters Carolyn (Daryl and Family) and Darlene (Jack
and family) and many extended family and friends throughout Montana, Texas and
Wisconsin as well as throughout the country.
He was preceded in death by his father, Andrew Lukasik in 1953, first wife Anna
Marie Lukasik in 1981, step-father Howard Lovvorn in 2013, and mother Silvia
Lukasik-Lovvorn in 2015, as well as several uncles and aunts who were very
influential on his south Texas upbringing.
Memorial services will be held Tuesday, August 4 at 1:00 in the chapel at the
Garden City Funeral Home, followed by a graveside service at the cemetery in
Stevensville. The service will also have the ability to be live-streamed by going to Gerry’s personal obituary page at gardencityfh.com.
The family wishes to thank Garden City Funeral Home for their professionalism and
service along with the Arlee Fire Department and neighbors who have offered
assistance and worked as hard as possible to bring him back.

To send flowers to the family or plant a tree in memory of Gerald L. Lukasik, please visit our Heartfelt Sympathies Store.

Receive notifications about information and event scheduling for Gerald

We encourage you to share your most beloved memories of Gerald here, so that the family and other loved ones can always see it. You can upload cherished photographs, or share your favorite stories, and can even comment on those shared by others.

Jerry and Leni Gaston, Raven Fox, and other have sent flowers to the family of Gerald L. Lukasik.
Show you care by sending flowers

3 trees were planted in the memory of Gerald Lukasik

Posted Sep 03, 2020 at 10:53am
I met Gerald in 1969 at McDonnell Douglas in Saint Louis. We both worked on the F-4 Phantom project as design engineers. We went camping together and enjoyed the outdoors. I called him this past year to see how life was going. It was joy to reunite with him. Ray Fischer 925-784-1301
Comment Share
Share via:
HS

Posted Aug 07, 2020 at 08:34am
Jackie, We are so sorry for your loss. Gerry was a great man, and I will cherish our hunting memories. With deepest sympathy, Dick and Pat Casey

Posted Aug 03, 2020 at 10:16pm
Jackie, Gee and I are so sorry for your loss. You and Gerry are in our thoughts and prayers. I'll be here if you need someone to talk to. Love always

Posted Aug 03, 2020 at 01:48pm
Jerry was considered a very special friend. we had many special hunts together always debating if being a Texan or a Montanan made you better at hunting and fishing. I sure am disappointed that i will not be able to attend his funeral. He will be missed.
Jerry Gaston
Comment Share
Share via: 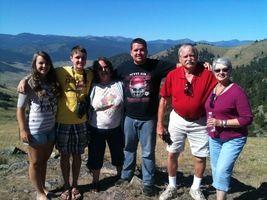 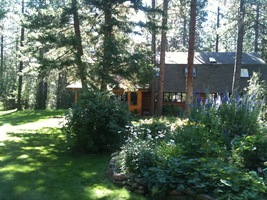 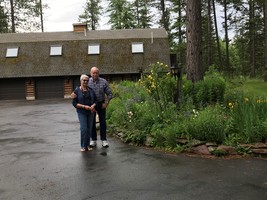 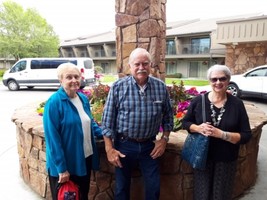