To share your memory on the wall of Glenn Roloff, sign in using one of the following options:

He graduated from the university of Missouri School of Forestry in 1956 while in the Army Reserves. Glenn met fellow university student Susan Webster in 1954. They married in 1956 and were married 63 years.

In October 1956, he entered active duty in the Army at Fort Leonard Wood for basic training and afterwards was sent to Camp Zama near Tokyo. Glenn and Susan’s daughter Kathy was born in 1957 while he was Japan. He didn’t get to see her until his return from active duty a year later. In 1958 Glenn was employed by Kirby Lumber Company in Southeast Texas. Their son Charles Glenn was born in Jasper, Texas in 1960. Later that year Glenn Became a forester with the U.S.D.A Forest Service (Timber Management) on the Mi-Wuk District of the Stanislaus, the beginning of a 43-year career. In 1964 there was a move to the Pacific Ranger Station on the Pacific District of the El Dorado as Assistant District Ranger. In 1966, Glenn transferred to the Region Five quarters in San Francisco working on the first California River Basin Survey and after four years working on the project, he wrote that report.

The next move was to Carbondale, Illinois, still Forest Service, he worked in State and Private forestry but was based in the S.I.U. Forestry Service Sciences Laboratory. He loved working in State and Private, and continued to work in that field for the rest of his career. In 1974, they moved to Missoula, becoming a Region One Family. In 1980, Glenn and Susan moved to Bismarck, North Dakota where he was a staff member on the Custer (still in Region One). In 1987, they returned home to Missoula where Glenn retired in 2004.

Glenn was a dedicated public servant for forty-five years. He always loved children and they loved him. Glenn especially loved his grand and great- grandchildren. Being outdoors with them and fishing with them were his favorite activities.

Burial has taken place at the Missoula City Cemetery. A memorial service will be scheduled at a later date.
Read Less

To plant a memorial tree in honor of Glenn A. Roloff, please visit our Heartfelt Sympathies Store.

Receive notifications about information and event scheduling for Glenn

There are no events scheduled. You can still show your support by sending flowers directly to the family, or planting a memorial tree in memory of Glenn A. Roloff.
Plant a Tree

We encourage you to share your most beloved memories of Glenn here, so that the family and other loved ones can always see it. You can upload cherished photographs, or share your favorite stories, and can even comment on those shared by others.

Plant a Tree in Memory of Glenn
Plant a tree 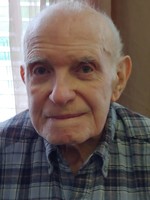