To share your memory on the wall of James Angstman, sign in using one of the following options:

To send flowers to the family or plant a tree in memory of James Burton Angstman, please visit our Heartfelt Sympathies Store.

Posted Nov 06, 2019 at 10:47am
Thinking of all of you. Our deepest sympathies we love you all. Marcia Dave Anthony and Chris

Flowers were purchased and a memorial tree planted for the family of James Angstman. Send Flowers 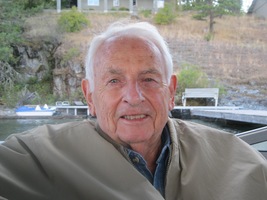