To share your memory on the wall of James Mayes, sign in using one of the following options:

Provide comfort for the family of James Mayes with a meaningful gesture of sympathy.

Visitation will be Friday, May 15th at 12:00 pm at Garden City Funeral Home, followed by the memorial celebration at 1:00 pm with Father Gary Reller officiating. Burial will follow at St. Mary’s Cemetery. We will be following the current social distancing local orders, but please make your decision to attend based on what is best for you and your loved ones.

Instead of flowers, please consider a contribution to a charity of your choice.
Read Less

To plant a memorial tree in honor of James Mayes, please visit our Heartfelt Sympathies Store.

Receive notifications about information and event scheduling for James

There are no events scheduled. You can still show your support by sending flowers directly to the family, or planting a memorial tree in memory of James Mayes.
Plant a Tree

Plant a Tree in Memory of James
Plant a tree 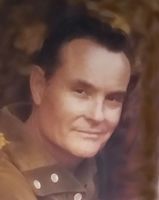