To share your memory on the wall of Jill Bergman, sign in using one of the following options:

Provide comfort for the family of Jill Bergman with a meaningful gesture of sympathy.

Jill Bergman was born in Fresno, California, the third child of Wayne and Lois (Peterson) Bergman. Wayne was a school teacher and administrator. Lois, a stay-at-home mom, also worked part time as an accountant.

When Jill was a child, the family owned a work-in-progress cabin at Huntington Lake in the Sierra Nevada, and this proved to be one of the truly formative experiences of her life. During the summers, the family spent a lot of time at the cabin, making improvements and, more importantly for Jill, hiking, exploring, and going on adventures with friends and family. Jill loved sailing with her father, and she equally loved the singalongs held every weekend at a nearby town.

As a child and young adult, her faith was a big part of Jill’s life, and after completing high school in Fresno, this commitment led her to Trinity Western, a Christian college in Surrey, British Columbia. There, she earned a B.A. in English.

While at Trinity Western, Jill also began to pursue one of her true passions: travel. After her second year, she took a year off and lived in Sweden. Upon completing her degree, she once more sought adventure, this time moving to London, England, for a year. While in London, she lived in the East End with a group of under-employed actors in a small apartment above a wonderful Indian restaurant. Next, as a delegate to a peace organization, she lived in St. Petersburg, Russia, for six months and then returned to California to pursue an M.A. in English at Cal State, Fresno.

After earning her M.A., Jill was accepted into the Ph.D. in English program at the University of Illinois at Urbana-Champaign, where she worked with Nina Baym, a luminary in the study of American women writers. While at UIUC, Jill also met her future husband, Brady.

From Urbana, the couple moved to Missoula where Jill eventually took up a position in the Department of English at the University of Montana. In the course of her career, Jill published three books and numerous articles and book chapters, served four years as Chair of English, and also served as the President of the Charlotte Perkins Gilman Association. A gifted administrator, Jill loved teaching above all, and she taught a variety of courses in feminist studies and women’s literature.

Early in those years, the best thing ever in Jill’s life happened: the birth of her daughter, Emma. Still committed to adventures, and eager to introduce Emma to new places and languages, Jill arranged for a faculty exchange and the family lived in Toulouse, France, for a year and had the opportunity to travel throughout France, Spain, Morocco, and Sweden.

At the age of fifty, after enjoying a sabbatical where she laid the groundwork for a new book, Jill was diagnosed with Alzheimer’s and retired soon after. Always close with her parents, Wayne and Lois, her brothers, Roger and Craig, her sisters-in-law, Jocelyn and Janea, her step-mother, Nita, and with her special aunts, Rosalie and Bette, she loved her big, boisterous, extended family of Bergmans, Petersons, and Silveras.

A Memorial Service will be held at the First United Methodist Church of Missoula on Friday, December 6, 11:00 a.m.
Read Less

We encourage you to share your most beloved memories of Jill here, so that the family and other loved ones can always see it. You can upload cherished photographs, or share your favorite stories, and can even comment on those shared by others. 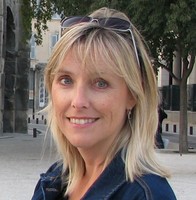