To share your memory on the wall of Joan Schiedermayer, sign in using one of the following options:

Jan worked as a registered nurse for several years (at Winnebago Mental Health Institute in Oshkosh, Wisconsin, and Memorial Hospital in Houston, Texas) before marrying her high school sweetheart, Gene Schiedermayer, on January 9, 1954. During Gene’s Air Force career, moving often, they raised 6 sons: Mark, Craig, Andrew, Scott, Eric, and Paul. Jan was mostly a stay-at-home mom, until 1974 when Gene retired from the Air Force. Then she went back to work in Labor & Delivery at Community Hospital.

All who knew Jan marveled at the depth of her stamina and the breadth of her abilities. Alone with her six sons, she single-handedly held down the fort while her husband Gene was deployed in Southeast Asia. She could whip up a meal from nothing, sew clothing for family and herself, and pack up a household of eight as relocation assignments required, crisscrossing the country and the Atlantic ocean. Amazingly, in the process, she maintained grace, a sense of humor, and only one of six kids was ever accidentally left behind at a gas station.

When the family was stationed in Germany, she studied under a German painter, learning to create beautiful oil paintings in the tradition of the Dutch masters. At the same time, she mastered the art of entertaining, a skill she used to create memorable gatherings for family and friends at the family home in Missoula and at the "Dome" on Willow Creek. Painting and entertaining aside, her greatest art was putting God and others first.

Always pragmatic and prepared, Jan wrote the first two paragraphs of this obituary. At the bottom of the page, on which she outlined the basic facts of her life, she humbly added: "Well, I fed people." Indeed she did, physically, emotionally, and financially. Many family, friends, and neighbors were fed at her table, nourished by her presence in difficult times, and sustained by her generosity. Hers was a life of sacrifice, service, and love.

Gene, her husband of 60 years, passed away in 2013, and today Jan goes to meet him in heaven. Together, they were inspiring examples of faith, patriotism, service, and hospitality. We, their children, each in our way, will seek to carry on their legacy.

In addition to her husband Gene, Jan is predeceased by her 4 brothers and 4 sisters. She is survived by her 6 sons and daughters-in-law: Mark & Nelda, Craig & Karen, Andrew & Connie, Scott & Wanda, Eric & Koena, and Paul & Barbi Schiedermayer; 18 grandchildren, 15 great-grandchildren, 1 great-great-grandchild, her brother-in-law Larry Schiedermayer, her sister-in-law Peg Vanevenhoven, many wonderful nephews and nieces, and 6 honorarily adopted sons: Mike Cegielski (of Poland), Dave Lynch (of Chicago), Walter Briggs (of Wisconsin), Suresh Vadva (of Iran), Ramon Herrera (of Venezuela), and Frank Wenz (of Germany).

Mass of the Resurrection will be at 12:30 pm, Monday, July 6, at St. Anthony Catholic Parish in Missoula with a reception to follow. Interment at the Western Montana State Veterans Cemetery will be at 3:00 pm.

To send flowers to the family or plant a tree in memory of Joan "Jan" Schiedermayer, please visit our Heartfelt Sympathies Store.

Receive notifications about information and event scheduling for Joan

We encourage you to share your most beloved memories of Joan here, so that the family and other loved ones can always see it. You can upload cherished photographs, or share your favorite stories, and can even comment on those shared by others. 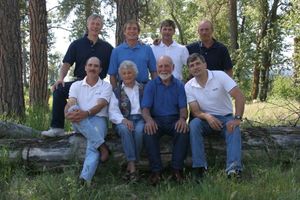 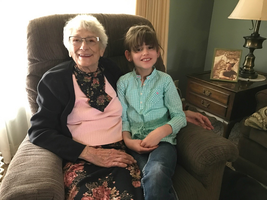 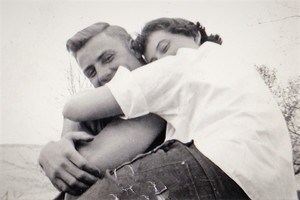