To share your memory on the wall of John Baker, sign in using one of the following options:

All the fish can sleep well because John Baker has gone on to fish Heavenly bodies of water. John Smith Baker passed away on August 21st, 2020 of complications from Lewy Body Dementia. John was born on Au... Read More
John Baker's Obituary:

All the fish can sleep well because John Baker has gone on to fish Heavenly bodies of water. John Smith Baker passed away on August 21st, 2020 of complications from Lewy Body Dementia. John was born on August 31st, 1942 to Raymond and Avis Baker. He grew up in Springfield, Missouri and graduated from Hillcrest High School.
In 1961, John enlisted in the United States Marine Corps Reserves and served until 1967. John graduated from Southwestern Missouri State (Missouri State University) with a degree in accounting. In 1968, John married Ann (Gambill) Baker. They had one child, Gregg Baker. Years later, John and Ann divorced but remained friends until the end. John worked 32 years for the USDA, Forest Service. He retired from his position as Branch Chief of Financial Management in the National office at Washington, D.C. in 1998. John has lived in Missoula, Mt since his retirement.
John's favorite things to do were fish with his son, phone calls with his mother, hunting, golfing, and he loved watching the Griz Football and Basketball games. John was an amazing fly tier and was meticulous about details. He enjoyed driving back and forth from Missoula to Springfield to visit his family and stopping to fish along the way. He was a longtime member of Trout Unlimited. He also loved spending time outdoors walking, hiking and watching nature. John had a strong faith in God and loved reading his bible and studying the Word. John lived out his faith through the selfless way he gave of his time, talents and treasures to other people and his Church. He was a truly kind spirited gentleman with a dry sense of humour.
John was preceded in death by his parents Raymond and Avis Baker of Springfield, MO. John is survived by his son, Gregg Baker, daughter-in-law Lisa Baker, his grand-daughter, Kaleigh Christopher, Twin sisters, Ann Vogel (Charlie), Nan Smith (Ben) and numerous nieces and nephews whom he loved dearly. He was well cared for by his devoted care-taker Jan Hinman.
The family will be having a tribute ceremony to celebrate John's life at a later date. If you would like to pay tribute to John, please take your fishing rod and head out to your favorite fishing hole. Perhaps you will catch a big one and a glimpse of John's spirit smiling with you.
Read Less

To send flowers to the family or plant a tree in memory of John Smith Baker, please visit our Heartfelt Sympathies Store.

Receive notifications about information and event scheduling for John

Print
Services will be held at a later date in Springfield, Missouri

We encourage you to share your most beloved memories of John here, so that the family and other loved ones can always see it. You can upload cherished photographs, or share your favorite stories, and can even comment on those shared by others.

Posted Aug 28, 2020 at 12:08am
Although he lived a long way away, my Uncle John was always close to my heart. His love of family was unparalleled and he would bend over backwards to take care of family. Whether it was visits in New Orleans, Springfield, or Missoula you were always at home with him. He loved being with family and now he is able to join those he lost and save a fishing spot for us when it's our turn. I miss getting to fish with him and share his love of wetting a line. He will be missed by many. 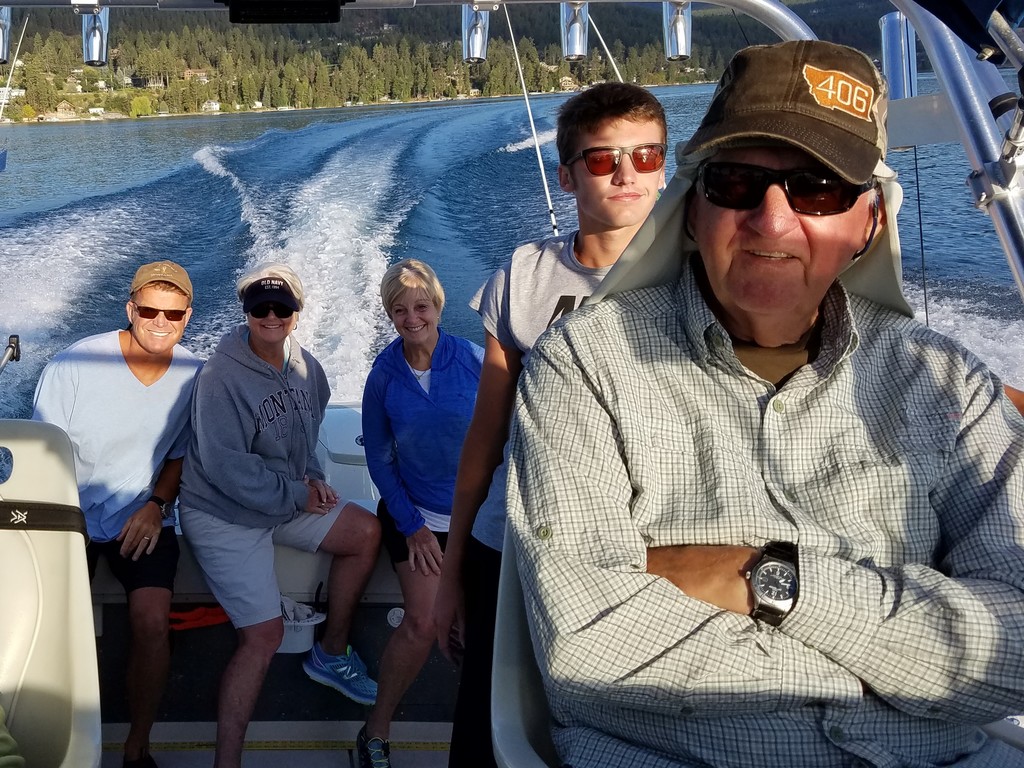 Posted Aug 26, 2020 at 04:25pm
August 1947 Raymond and Avis Baker brought home to Mtn Grove, MO twins as their 5 year old brother John and his play mates peered into the front window at these tiny baby girls. The family moved to Monett, MO then Springfield as their dad's work with Kraft Foods Company transferred him to manage new cheese plants. We lived on a small "city" farm with chickens, a cantankerous rooster, an occasional pig or turkey, a milk cow and John's blue ribbon Larry Domino Hereford. There was hay to haul, beans to pick, clothes to be washed and hung to dry on the clothesline. We went to church two times on Sundays and on Wednesday nights. John played Kiwanis baseball and we played the accordion. Sometimes we would go to the river after church and even then he caught all the fish. He didn't mind the wiggly worms he had dug from the garden or the muddy river bank. We adored our big brother and would follow him around whether he liked it or not. He was a good student and made life long friends like Terry Duval, Jim Pierce and John Ashcroft. The farm was sold for the expansion of Hwy 13 and we moved into town closer to Dad's work at Kraft, Mom brushed up on her cosmetology skills and went to work. John enrolled at SMS (now Missouri State University), joined the United States Marine Corp Reserves, and paid his way through college by cleaning cheese tanks at Kraft. All the while we adored our brother. We grew up, moved and raised our own families. Our Dad died in 1983 and our mother in 2015. After John retired from the Forest he called Mom daily at 4:00. It didn't matter whether he was fishing, tying flies, working in the yard or helping Gregg he always made time to call Mom. Did I mention we adored our brother? He was a St. Louis Cardinals fan, lived and breathed GRIZ football and basketball, and loved hearing of the SMS Lady Bears basketball successes (his alma mater). He was an avid reader, practiced and studied his faith daily not just on Sundays, and always found the perfect gift for us from Montana artisans. We adored our brother, truly one of the good guys.
Comment Share
Share via:
DW

Posted Aug 26, 2020 at 12:32pm
John was one of the last true gentleman to bless us here on earth. Whether he was in a crisp white shirt and suit (the accountant uniform) or hip waders his first and foremost thoughts were of the people around him. His love for his family is a model for those of us left behind to remember. He was a remarkable son no matter how far away he moved. He loved his sisters and most of all he loved Gregg, Lisa, and Ann. He has a special place in my memories though for his love and care for Madison and Morrell. How people treat their fur family is a true symbol of how they treat humanity. Be at peace and safe now John, You will be missed but live on in many good memories.
Debby Wivholm
Comment Share
Share via: 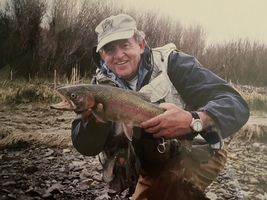 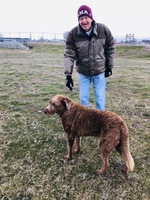 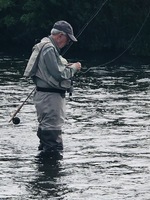 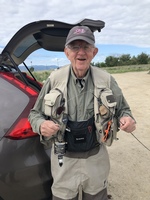