To share your memory on the wall of Kermit Edmonds, sign in using one of the following options:

Provide comfort for the family of Kermit Edmonds with a meaningful gesture of sympathy.

Kermit was born in Portland, Oregon, in 1938 to Art and Anna Edmonds. He had two brothers, Thornton, who predeceased him, and Severn. He graduated from San Francisco State University in 1964 with a Bachelor of Arts, majoring in history. In 1970, he earned his Teacher’s Certification from the University of Montana.

Kermit was a highly respected, admired, and influential history teacher. He was continually recognized for his depth of knowledge, creativity, and dedication. He taught history at Florence-Carlton High School in Florence, Montana, in 1971-1972, and at Hellgate High School in Missoula from 1973 to 2000, where he taught history and social studies. He also developed two popular extracurricular courses, Thanatopsis and America in the Emerging World.

As a historian and archeologist, Kermit specialized in the American Civil War and the Indian Wars. He served as a museum curator for the Mojave Pioneers Historical Society, Arizona; the Wyoming State Museum; the Montana Historical Society; and Sitka National Historical Park in Alaska. Kermit also served as a seasonal park historian for the National Park Service for 16 summers, at Big Hole National Battlefield, Montana, and Fort Laramie National Historic Site, Wyoming. From 1993 to 1997, he worked as an interpretive planner for the Lolo, Bitterroot, and Clearwater National Forests in Montana and Idaho. He was project manager for an archeological investigation at Fort Assiniboine, and a National Park Service volunteer at Little Big Horn National Battlefield in 1985. In 1989 he worked at the Reno-Benteen battle site at Little Big Horn National Battlefield. Kermit also volunteered for a number of other archeological projects throughout the west, and was well-known and respected for his expertise on military history and material culture. Kermit was a Fellow of the Company of Military Historians and a member of the Native American Cultural Awareness Committee in Missoula.

Kermit served in the 6th US Army Light Weapons Infantry, California Army National Guard, from 1959-1965, and the Montana Army National Guard from 1976-1998, where he served as a historian and photo journalist photographer with the 103rd Public Affairs Detachment, and as a curatorial specialist for the Command Historian. In 1990, Kermit was activated to serve in Desert Storm as a combat photographer with the US Army XVIII Airborne Corps Artillery. He received the US Army Commendation Medal with three oak leaf clusters, a Meritorious Achievement Medal, Good Conduct Medal, and the Montana Army National Guard Distinguished Service Medal. For his service in Desert Shield/Desert Storm he received the Southwest Asia Service Medal and the Liberation of Kuwait Medal from the governments of Saudi Arabia and Kuwait.

Kermit will be long-remembered as a loving dad, a favorite teacher, a mentor, an encyclopedic source of knowledge, and a friend. He loved rainfall, the smell of sagebrush, classical music, dogs, and camping, and dedicated himself to the conservation of the natural world. Through his passion, intelligence, wit, and kindness, Kermit made a profound difference in the lives of many – a difference that still resonates as those who loved and learned from him continue to pay it forward.

Kermit is survived by his daughters Jennifer Edmonds and Amy Secrest; son-in-law Lee Secrest; brother Severn Edmonds; nieces Lisa Edmonds and Tori Fallis; and honorary daughter, son-in-law, and granddaughter Lea, Kevin, and Freya Colvill. A memorial and celebration of life will be held in Missoula October 12, 2019 at 3:00 p.m. at the University of Montana University Center Third Floor Conference Rooms, followed by a reception at 4:00 p.m. at the DoubleTree Inn, 100 Madison Street. In lieu of flowers, donations may be made to the Humane Society of Western Montana or The Nature Conservancy. However, attendees to the memorial are invited to bring a flower to contribute to a collective arrangement. Funeral arrangements are under the care of Garden City Funeral Home in Missoula.
Read Less

To send flowers to the family or plant a tree in memory of Kermit M. Edmonds, please visit our Heartfelt Sympathies Store.

Receive notifications about information and event scheduling for Kermit

We encourage you to share your most beloved memories of Kermit here, so that the family and other loved ones can always see it. You can upload cherished photographs, or share your favorite stories, and can even comment on those shared by others.

Posted Oct 23, 2019 at 04:15pm
The obituary described well the Kermit Edmonds I knew and loved. He really cared about his students and his passion for history made it come to life for all who were lucky enough to have him as a teacher. I was also fortunate enough to take his Thanantopsis class and the knowledge I gained in that classroom helped me to assist others in the process of dying. As an educator, I frequently use Kermit as a model for making learning interactive and engaging, as he did for all the thousands of students he taught in his career. Rest in peace, my friend and mentor.
Comment Share
Share via:
KR

Posted Oct 12, 2019 at 08:16am
Hello,
I wish I could be in Missoula today to be with you all. Kermit was a wonderful person. I went to Hellgate High School, and was fortunate enough to have Kermit as a friend after graduation. Recently, there was a discussion on a large "Missoula" group on Facebook on the topic of, "Which teacher really made a difference in your life?" Kermit's name came up over and over and over. Not only was an amazing history teacher, with stories and artifacts and passion to back up his material, but he also encouraged people to truly think. He talked about difficult topics, such as war and death--and from the point of view of a person who has been a soldier, and at a time when most of us weren't having these discussions at home. He encouraged analytical thinking. He encouraged the questioning of received wisdom. He encouraged us to talk about what was NOT in the text books. And he did not talk down to anyone.
And not only was he a brilliant teacher, but he had these other parts of his life going on, whether it was the National Parks or the Army. I appreciate how much he served his country in every way, and how much it cost him personally. I want to say "thank you" and to give Amy especially a big hug from Maryland. This is a photo from a few years ago, when Kermit came out for breakfast with me and my mom, when I was quite sick. He was a good man. Katie Richards 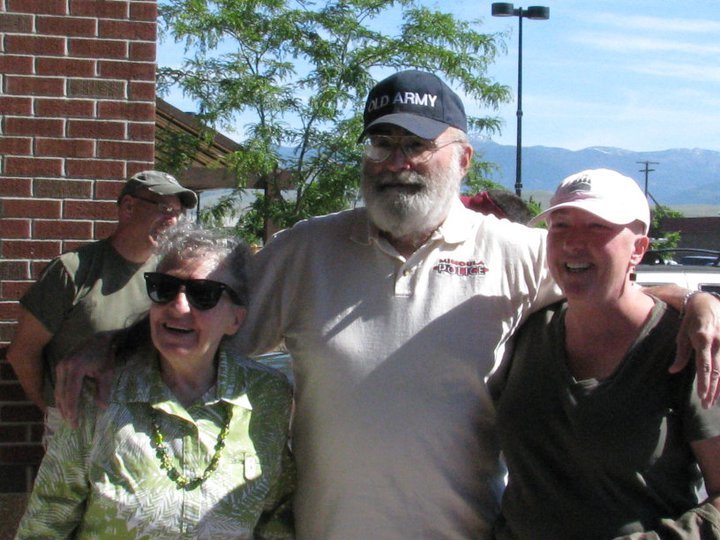 Posted Oct 08, 2019 at 05:28pm
I student taught with Kermit in his last year as a teacher at Hellgate HS. I have many of the quotes that he had hung around the classroom. He has had a profound influence on my thinking about teaching over the years. He really cared that his students would be interested in history and would pursue that interest in their future lives.
Comment Share
Share via:
SA

Matt, If you have the actual quote placards Kermit hung around his classroom, we have been looking to use some for his memorial celebration. Would it be possible to borrow some from you? Please call me. Steve Adler (406) 880-4861
C

Posted Oct 08, 2019 at 02:56pm
I took a number of Mr. Edmonds' classes. The one that I remember most was Thanatopsis. How like him to choose the title, no doubt, from William Cullen Bryant's poem! I remember he would quote Khahill Gibran in class. And so I now turn to that poet for words: "The teacher who is indeed wise does not bid you to enter the house of his wisdom but rather leads you to the threshold of your mind." To his family, please accept my deepest sympathy for your loss. Peace and serenity, Caroline Hartse
Comment Share
Share via:
VR

Posted Oct 08, 2019 at 11:13am
We only new Kermit for a short time, but enjoyed him very much. He was a very knowledgeable , witty , positive man who definitely enjoyed life. An inspiration to us all.
Vernon and Rose Gotcher
Comment Share
Share via: 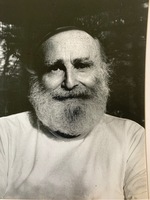 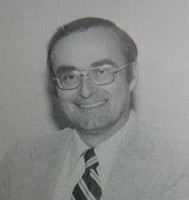 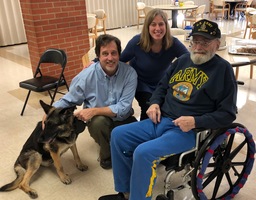 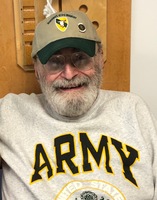