To share your memory on the wall of Larry Matten, sign in using one of the following options:

Provide comfort for the family of Larry Matten with a meaningful gesture of sympathy.

To send flowers to the family or plant a tree in memory of Larry Matten, please visit our Heartfelt Sympathies Store.

Matt, Rachel and family sent flowers to the family of Larry Matten.
Show you care by sending flowers

Posted Jul 28, 2019 at 05:49pm
Matt, Rachel, kids, Naomi and family, We are all sending our love, prayers and thoughts of peace to all of you in this time of sorrow . Love, the ICU 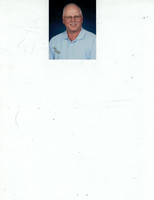