To share your memory on the wall of Larry Schneider, sign in using one of the following options:

Print
Missoula – Larry R. Schneider, our beloved father, grandfather, great-grandfather, uncle, son-in-law and brother passed away peacefully Sunday, May 12, 2019 in the presence of loved ones at the age of 79.

Larry was born in 1940, the ol... Read More
Missoula – Larry R. Schneider, our beloved father, grandfather, great-grandfather, uncle, son-in-law and brother passed away peacefully Sunday, May 12, 2019 in the presence of loved ones at the age of 79.

Larry was born in 1940, the oldest of two children to Robert and Marie Schneider. He was raised in Boulder, Colorado and Clearfield, Utah. Larry spent his younger years enjoying time with family and extended family in the outdoors playing baseball, hunting, fishing and ice skating along with many family picnics. He attended Davis High School where he participated in wrestling, track, and art and was named the school artist his senior year. Larry attended Weber State University studying art and continued his love for art throughout his life creating many beautiful paintings of wildlife.

Larry joined the Army in 1958. He served in North Dakota and Germany. Following his service in the Army, he married the love of his life, Linda on October 6,1961. He began his career at Hill Air Force Base, where he worked as a missile mechanic for Boeing for many years. He was also employed by St. Patrick’s Hospital prior to his retirement.

Larry enjoyed spending time with his wife, children and grandchildren outdoors camping, fishing, hunting, sledding, roller-skating and playing sports. Glacier National Park, Yellowstone and Seeley Lake were some of his favorite destinations to spend time with family. Some of his other interests included golfing, dancing, jazz music, and watching the Chicago Bears.

Larry was a man of honesty and integrity. He was always willing to serve his family and others when there was a need. Family was his most important value and he is now happily reunited with Linda, his wife of fifty years whom he dearly loved.

Services will be at 12 p.m. on Monday, May 20, at Garden City Funeral Home. Interment will be held at 1:30 p.m. at the Western Montana State Veteran’s Cemetery in Missoula.

Garden City Funeral Home is assisting the family. Condolences may be left for the family at www.gardencityfh.com.
Read Less

To send flowers to the family or plant a tree in memory of Larry R. Schneider, please visit our Heartfelt Sympathies Store.

Posted May 21, 2019 at 10:21am
My sincere condolences on the loss of your dear loved one. May it comfort you to know that our Loving Creator promises to bring back to life those in his memory to perfect health on a paradise "earth" (Acts 24:15, Revelation 21:4). With deepest sympathy.

Posted May 21, 2019 at 10:11am
To all of the family,
I am so sorry to hear of the loss of Larry. I have thought about him through out the years. I worked with Linda for many, many years and became acquainted with Larry through her. He was a kind, quiet man. I remember him coming to pick Linda up every day after work. He'd wait patiently for her every day. Please take great care and know that you are in the thoughts of many.
Warmly,
Coral Beck
Comment Share
Share via:
HS

Posted May 17, 2019 at 02:25pm
We are so grateful we got to know Larry for the short time he was with us at Highland Glen. Thinking of you & your family with love and prayers.

Flowers were purchased for the family of Larry Schneider. Send Flowers 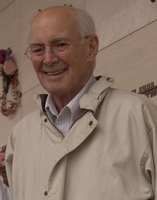