To share your memory on the wall of Larry Swanson, sign in using one of the following options:

Provide comfort for the family of Larry Swanson with a meaningful gesture of sympathy.

Larry moved to Montana in August 1988, driving with his family to Missoula during the Yellowstone Park fires. He worked at the University of Montana College of Business for several years before join-ing UM's new regional studies program – The O’Connor Center for the Rocky Mountain West, where he would become the Scott Family Endowed Fellow and Center Director. Over his career he con-ducted hundreds of studies and was a frequent speaker and resource for communities and organi-zations throughout the state and region.

Pam and Larry purchased land on Flathead Lake with a cherry orchard and lake house where they enjoyed many days spent with family and friends. Larry was passionate about so much that to start a list would mean to leave things out. Those who were close to him knew that our shared future was a common theme of his passion, in that we would need to take care of this place and each other.

Larry is preceded in death by his grandparents, parents, older sister Connie Stych and older brother David Swanson. He is survived by his wife, Pam, son Spencer (and Brittany of Spokane, WA), son Dustin (and Margot of Portland, OR), younger sister Robin Skinner (and Ed of Edgar, NE), and aunt Bobbie Shuck (of Edgar, NE), as well as many cousins, nieces and nephews.

At his request, there will not be a funeral service. In lieu, there will be a gathering at the lake property for family and friends. The scheduling for this gathering to occur is still to be determined.

Larry’s wish was that any memorial gifts be made to the Montana Conservation Corps – a reflection of his belief in the value of getting youth outdoors and developing a new generation of leaders and stewards for Montana’s public lands and rural communities. We encourage anyone interested in supporting MCC to visit the following link and also to reflect on a few additional words from some of Larry’s close friends and colleagues: [https://mtcorps.org/support/remembering-larry-swanson/]
Read Less

To plant a memorial tree in honor of Larry Swanson, please visit our Heartfelt Sympathies Store.

There are no events scheduled. You can still show your support by sending flowers directly to the family, or planting a memorial tree in memory of Larry Swanson.
Plant a Tree

Plant a Tree in Memory of Larry
Plant a tree 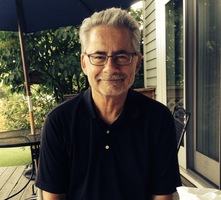