To share your memory on the wall of Loretta Bonham, sign in using one of the following options:

Loretta produced many wonderful paintings and photographs during her long life, as well as managed her own photography business after retirement. She also enjoyed both downhill and cross-country skiing. Always up for adventure, Loretta made numerous trips to Europe, the United Kingdom, Ireland, New Zealand, and Australia.

She is survived by her son, daughter-in-law, niece, and nephews. A Mass will be held at Blessed Trinity Catholic Church in Missoula, on Jan. 16, 2020 at 11 a.m. with burial in Cheyenne, Wyoming.
Read Less

There are no events scheduled. You can still show your support by sending flowers directly to the family, or planting a memorial tree in memory of Loretta Frances Bonham.
Plant a Tree

Plant a Tree in Memory of Loretta
Plant a tree 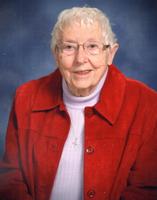