To share your memory on the wall of Loretta Thornburg, sign in using one of the following options:

Print
Loretta Thornburg, 87, of Missoula/Evaro, passed away Tuesday, June 30, 2020 at The Springs.

She was born on January 17, 1933, in Williston, North Dakota to James and Bernice Mullins. The family moved and lived in Charlo, Montana and Por... Read More
Loretta Thornburg, 87, of Missoula/Evaro, passed away Tuesday, June 30, 2020 at The Springs.

She was born on January 17, 1933, in Williston, North Dakota to James and Bernice Mullins. The family moved and lived in Charlo, Montana and Portland, Oregon. She graduated from Charlo High School as the Valedictorian and was active in many school activities

During summers in high school she worked in Evaro where she met her future husband and In 1951 Loretta married Robert D. Thornburg. Shortly thereafter 6 sons were born. As the boys grew, Loretta was a member of Willard Grade School PTA and an avid supporter of her sons as they participated in grade and high school band. She enjoyed the privilege of seeing her two youngest sons travel to Dallas, Texas with Sentinel High School band in 1981 as they played in the Cotton Bowl Parade.

During this time Loretta and Bob were very involved in Boy Scouts of America as leaders producing 6 Eagle Scouts. In her spare time she worked in the Boy Scout Office for several years.

For many years, Loretta partnered with Bob and was very active in the family business not only as his bookkeeper/office manager but helped out as needed on his many projects.

In 1996, Loretta and Bob moved from Missoula to several hundred acres in Evaro which was fondly referred to as The Thornburg Ranch. While they continued working the family business, they also became avid stewards of their land. Loretta especially enjoyed many hours spent on her Husky lawn mower caring for several acres around their home. Loretta always said the wildlife and serenity gave them both peace of mind.

Along with many happy memories of huge family gatherings during the summers at Flathead Lake and traveling to Arizona, Loretta endured hardships as well. Shortly after Bob was diagnosed with cancer, she had open heart surgery. Her large and loving family stepped up and soon Loretta was back on her feet caring for Bob.

A loving wife, mother, grandmother and great-grandmother, Loretta took great pride in her family. She was a good neighbor and a good friend to many. She was devoted to her faith as it sustained her through many hardships and health issues. She could always find humor in most situations and her spirit, especially about her beloved San Antonio Spurs, set a fine example of how to get through life.

There will be a Celebration of Life to follow at a later date. Loretta will be laid to rest at Calvary Cemetery in Ronan. Arrangements are entrusted with the Garden City Funeral Home.

The family wishes to thank The Springs for their outstanding care and concern. We would also like to thank Home Instead and Hospice Partners In Care.

Donations may be made to Sacred Heart Catholic Church, Arlee, MT, or Providence Montana Health Foundation, or a charity of your choice.
Read Less

To send flowers to the family or plant a tree in memory of Loretta Thornburg, please visit our Heartfelt Sympathies Store.

Receive notifications about information and event scheduling for Loretta

There are no events scheduled. You can still show your support by sending flowers directly to the family, or planting a memorial tree in memory of Loretta Thornburg.
Visit the Heartfelt Sympathies Store 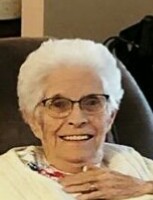