To share your memory on the wall of Marguerite Jakobson, sign in using one of the following options:


Marguerite “Tommie” Elizabeth Jakobson was born on June 19, 1922 in Flat River, Missouri to Fred and Marie Thomsen, the second child and the first daughter of three children in the family. She attended Flat River High School, where she played saxophone in the Flat River High School Band, graduating in June 1938 at the age of 16 with honors. While waiting to begin nursing training at St. Louis City Hospital in St. Louis, Missouri, she attended junior college for two years, from 1938 to 1940.

Tommie started her nursing training at St. Louis City Hospital in St. Louis, Missouri in 1940, when she was 18. While she was in her senior year her father became ill with terminal cancer, and she was given temporary leave from her nursing studies to go to Ironton Hospital in Farmington, Missouri to help care for him. She considered this privilege as one of her proudest moments, as she was able to provide nursing care for him and became even closer to her father.

After her father’s death in June of 1943 she returned to St. Louis City Hospital to finish her nursing training. She was awarded the nursing scholarship to Columbia University in New York City. She attended Columbia University from 1943 to March of 1945. While she was studying at Columbia University, the Army Nurse Corps recruited Tommie. She served for 8 months at Fort Dix, New Jersey from March 1945 to November 1945, where she held the rank of 2nd Lieutenant. Tommie nursed many young men who returned wounded from serving overseas. Her caring for these young men continued for many years afterwards; she always wondered what happened to these young men she cared for, thinking they were so young to be serving in a war. While serving in the Army Nurse Corps, Tommie met her future husband, Mark Jakobson, and they were wed on August 17, 1945 in Boston, Massachusetts. After being honorably discharged from the Army Nurse Corps in November 1945, Tommie continued to nurse in Boston while her husband, Mark, fulfilled his duty time in the Navy.

After the war, in 1946, Tommie and her husband, Mark, returned to Missoula, Montana so that Mark could continue his graduate studies in physics. Upon receiving his Master’s degree in Physics, Mark and Tommie moved to Berkeley, California where Mark was pursuing graduate studies for his doctorate in Physics. At Mark’s urging, Tommie enrolled at the University of California at Berkeley to study for her Bachelor of Science in Public Health Nursing degree. Mark and Tommie graduated together on June 14, 1951. During their time in Berkeley, two daughters, Kristin and Sandra, were born.

Tommie and Mark, with their two daughters, returned to Missoula in August of 1953, where Mark had accepted the position of instructor in the Physics department at the University of Montana, after first spending a year in Seattle, Washington, where Mark was an instructor in the


Physics department at the University of Washington. Tommie continued to practice nursing in hospitals in Missoula. In 1963 after spending some years in public health nursing, Tommie retired from nursing.

Tommie acquired her love for opera and classical music during the time that she was attending Columbia University in New York City. From the time Tommie was a young child, she loved to read, and that love of reading continued until her death. She loved music, enjoying attending concerts and listening to opera and classical music from the extensive collection that she and Mark owned. Tommie enjoyed gardening, crocheting, and knitting. She learned to weave, becoming an excellent weaver. She learned to make Belgian bobbin lace, becoming very skilled in that art. During the summer of 1971 Tommie and Mark travelled to Brussels, Belgium so that Tommie could take a course in Brussels bobbin lace. During that trip she and Mark also visited Norway, exploring the area that Mark’s family had immigrated from to the United States, where she learned to knit the Norwegian sweater and tam, making several for Mark to wear. They also visited the Shetland Islands, where Tommie learned to knit the Shetland shawl.

Tommie, was a member of St. Paul Lutheran Church in Missoula since 1946, when she and Mark came to Missoula after the war. She was very involved in the church and its activities. She served on the altar guild, taught in the Sunday School, taught the Bethel Bible classes, and was active in the ladies’ church group.

To send flowers to the family or plant a tree in memory of Marguerite Elizabeth ""Tommie"" Jakobson (Thomsen), please visit our Heartfelt Sympathies Store.

Receive notifications about information and event scheduling for Marguerite

There are no events scheduled. You can still show your support by sending flowers directly to the family, or planting a memorial tree in memory of Marguerite Elizabeth ""Tommie"" Jakobson (Thomsen).
Visit the Heartfelt Sympathies Store

We encourage you to share your most beloved memories of Marguerite here, so that the family and other loved ones can always see it. You can upload cherished photographs, or share your favorite stories, and can even comment on those shared by others.

Posted Oct 03, 2020 at 03:18pm
Hello
So sorry to see Marguerite had passed.
She was a customer for many years at my store, Budget CDs.
Everyone at the store knew her by name and were happy to see her come in the door because Marguerite always had a smile, a kind word and a good sense of humor.
It was my loss that I never asked about her life. Reading about her showed what a full life it truly was.
May her memory be a blessing to those who stay behind.
Take care.
Fred Downing 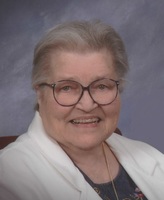 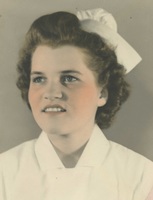