To share your memory on the wall of Mary Tucker, sign in using one of the following options:

Lyn Tucker, 88, of Missoula passed away peacefully on September 28, 2019 at St. Patrick’s Hospital surrounded by her family. She was born on February 9, 1931 in Rhame, ND, the oldest of three beautiful ... Read More
Mary “Lyn” (Hestekin) Tucker

Lyn Tucker, 88, of Missoula passed away peacefully on September 28, 2019 at St. Patrick’s Hospital surrounded by her family. She was born on February 9, 1931 in Rhame, ND, the oldest of three beautiful daughters of Ruth (Burke) and Clarence Hestekin. Lyn was raised in Rhame graduating from Rhame High School with honors in 1948.That summer she headed by train to Montana to attend Carroll College in Helena. One of the first women classes accepted to Carroll. In 1950 she transferred to Montana State University in Missoula, graduating in 1952 with her Bachelor of Arts in Health. While in Missoula she participated in many activities at the University and was named Miss Photogenic in 1951. She was accepted with full ride scholarships into the Physical Therapy programs at both Stanford University and New York University. However she had met the love of her life, Jerry Tucker, and they were married at the Church of the Little Flower in Billings, MT September 3, 1952 with reception in Missoula at the Florence Hotel.

They celebrated 65 years of marriage before Jerry’s passing in 2017. They lived in Missoula where both Steve and Jeryl were born, then headed to Chitose Airforce Base in Hokaido, Japan until 1956. They settled in Havre, MT where both Karin and Mike were born. They lived in Conrad, Great Falls and moved back to Havre opening First Security Bank of Havre in 1974 living there amongst many wonderful friends until 1981 when they left to build a home on Flathead Lake. There they enjoyed the beauty of the lake and entertained many friends and family. In 2006 they moved to Canyon River in East Missoula where they met many friends and wonderful neighbors.

Lyn was a devout Catholic all of her life, sustained by her faith through life’s many ups and downs. She greatly mourned the loss of her oldest daughter Jeryl who was taken far too soon by brain cancer in 1997. Family was the center of her life. She was filled with love and cherished all of her children, grandchildren, nieces, and nephews and the very special bond she and Jerry held with her sisters Carol and Rita and their husbands Murray and Patrick and Jerry’s sister Shirley and husband Gene. She was blessed with many lifelong friendships and will be forever remembered for her calm and gentle spirit.

A Mass of Christian burial will be held for both Lyn and Jerry Tucker at 10:00 am Saturday, October 12, 2019 at Christ the King Catholic Church in Missoula, with Father Brian Bergeron officiating. A reception will be held from 11:00 to 12:00 at the parish center. A private internment for both will be held in Polson at Lakeview Cemetery that afternoon.

Memorials may be made to Christ the King Parish, 1400 Gerald Ave. Missoula, MT 59801. Condolences can be left for the family at www.gardencityfh.com
Read Less

Receive notifications about information and event scheduling for Mary

There are no events scheduled. You can still show your support by sending flowers directly to the family, or planting a memorial tree in memory of Mary Lyn Tucker.
Plant a Tree

We encourage you to share your most beloved memories of Mary here, so that the family and other loved ones can always see it. You can upload cherished photographs, or share your favorite stories, and can even comment on those shared by others.

Plant a Tree in Memory of Mary
Plant a tree 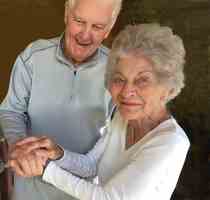