To share your memory on the wall of Michael Frazer, sign in using one of the following options:

Provide comfort for the family of Michael Frazer with a meaningful gesture of sympathy.

Receive notifications about information and event scheduling for Michael

There are no events scheduled. You can still show your support by sending flowers directly to the family, or planting a memorial tree in memory of Michael Scot Frazer.
Plant a Tree

We encourage you to share your most beloved memories of Michael here, so that the family and other loved ones can always see it. You can upload cherished photographs, or share your favorite stories, and can even comment on those shared by others.

Posted May 25, 2020 at 04:48pm
Although Mike was only one of a hundred or so men I worked around in those early years on San Jose’s east side, his spirited personality and distinct approach to policing made him especially noticeable. His reputation, to both friend and foe, developed quickly. He was recognized as a valued asset to his coworkers, an unrelenting terror to criminals, and a nightmare to command staff advocates of “just look the other way” policing.

Mike Frazer could no more look the other way on his beat than he could’ve quit on the wrestling mat. He was a competitor, through and through, and as such invulnerable to the vices — ambition, cowardice, hypocrisy — so eagerly embraced by others in their drive for acceptance and opportunity. Ironically, his colorblind adherence to the rule of law and the duty to which he had sworn, an adherence that should’ve been celebrated, worked against him as policing steadily succumbed to the corrosive forces of race politics. His failure to sacrifice his character and core values closed many doors, but in that he was never alone and never unappreciated by his coworkers.

Mike worked hard and productively in times good and bad, and his decision to leave left the department one hard-nose short of a full complement. His later attempt to rejoin was, predictably, thwarted by a handful of protected and vindictive mediocrities, professors of fairness who never miss a chance to inflict ruin.

Mike was a man, for sure. A man’s man, but alas, a man who knew only how to stand tall in an age of genuflection.
Comment Share
Share via: 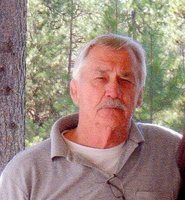 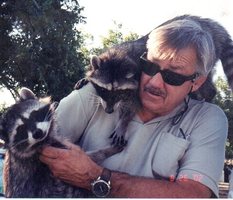