To share your memory on the wall of Michael \"Mike\" McGiboney, sign in using one of the following options:

Print
MISSOULA ~ Mike McGiboney, 79, died peacefully on Wednesday, October 7th, with his family at his side.

Mike grew up in Roundup and Great Falls, Montana. He was one of three children born to Bud and Floss McGiboney. He and his family lat... Read More
MISSOULA ~ Mike McGiboney, 79, died peacefully on Wednesday, October 7th, with his family at his side.

Mike grew up in Roundup and Great Falls, Montana. He was one of three children born to Bud and Floss McGiboney. He and his family later moved to Great Falls, Montana where he attended high school, graduating in 1959 from Great Falls High. Mike went on to graduate from the University of Montana with a degree in Business.

Following college, he began working for State Farm Insurance. Mike worked hard and built many friendships during his successful 46 year career as a State Farm agent in Great Falls, Montana.

Mike married Barb Tobin, his high school sweetheart, in 1963. They went on to have 3 children, Molly, Casey and Riley. Nothing brought more pride and joy to Mike’s life than his three children, six grandchildren and one great-grandchild. Mike was a committed father, teaching his kids about the great outdoors, supporting their ski racing at Showdown, coaching basketball, baseball and always was his kid’s biggest cheerleader.

Mike continued to live in Great Falls until 2013, then moved to Missoula to be closer to his family. Mike loved attending football and basketball games supporting his alma mater, the Griz. As Mike’s children had families of their own, he loved taking trips to see his kids and grandchildren. He created countless happy memories with his family, grandchildren and friends. Mike lost his beloved son Casey in 1996. He was also preceded in death by his brother Terry.

A special heartfelt thank you to the amazing and generous staff at The Auberge and Hospice of Missoula for your kindness and compassion.

Although Mike is no longer with us, he is never too far from the memories we all share.

Arrangements are under the care of Garden City Funeral Home in Missoula.
Read Less

To send flowers to the family or plant a tree in memory of Michael "Mike" Jon McGiboney, please visit our Heartfelt Sympathies Store.

Receive notifications about information and event scheduling for Michael "Mike"

There are no events scheduled. You can still show your support by sending flowers directly to the family, or planting a memorial tree in memory of Michael "Mike" Jon McGiboney.
Visit the Heartfelt Sympathies Store

We encourage you to share your most beloved memories of Michael "Mike" here, so that the family and other loved ones can always see it. You can upload cherished photographs, or share your favorite stories, and can even comment on those shared by others.

Diana and Joe Bradley and family sent flowers to the family of Michael "Mike" Jon McGiboney.
Show you care by sending flowers

Posted Oct 19, 2020 at 02:15pm
Dear Family, You have my deepest sympathy on the loss of Mike. He was our State Farm agent in Great Falls from 1991 when we moved here until his retirement. I wrote him then to wish him happy retirement and to express our heartfelt thanks for all that he did for us in that capacity. Blessings to you all.
Sincerely,
Sara Buley
Comment Share
Share via:
J

Posted Oct 17, 2020 at 01:15pm
Dear McGiboney Family,
Our hearts are breaking and go out to you and the loss of your wonderful Father. We are very saddened by the loss of a great man!! This world will never be the same without Mike’s laughter, huge smile and generosity of heart!! Your Dad is one in a million kind of man!! Mike is a fantastic man amongst men!! Big tears fell when we found out about his passing. Casey and family will be there at the Gates of Heaven to meet him.
Many hugs...
With lots of love,
Katharine, Jody, Jim, Jane, Joe Kalafat and Family ♥️♥️♥️🙏😘
Comment Share
Share via:
BS

Posted Oct 13, 2020 at 05:58pm
Bill & I send our sincere condolences and love to all of Mike's family. He will be in our hearts forever as that happy, fun cousin we have shared so many memories with. As Mike rests in peace we wish comfort for his family. Bill and Shirley Seitz
Comment Share
Share via:
NM

Posted Oct 11, 2020 at 03:33pm
Marsha, So sorry to hear of Mike’s passing. Our thoughts and prayers are with you at this sad time.
Nancy and Terry Morton 🌺
Comment Share
Share via:
JE

Posted Oct 10, 2020 at 09:27pm
Barb and molly and family - my heartfelt prayers and thoughts and memories are all colliding as I dwell on the fact that yet another contemporary, classmate and friend has left this world. I have such fond remembrances of our days in Mountainview , ski trips, and kids growing up together. Mike was a treasure and always a joy to be around. I’ve missed him since he left Great Falls and he will be missed by many many friends. God bless you all in this time of grief. Jan Wolter
Comment Share
Share via: 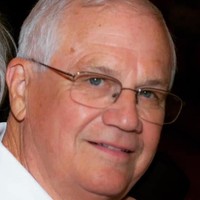 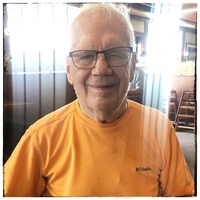 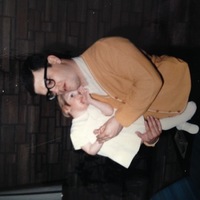