To share your memory on the wall of Norman Nimey, sign in using one of the following options:

Print
MISSOULA — Norman J. Nimey aka Stud Muffin and Stormin’ Norman age 91 of Missoula passed away March 16, 2020 at his home of natural causes. He was born Oct. 28, 1928 in Spokane, Washington.

Norman graduated from high school in Troy a... Read More
MISSOULA — Norman J. Nimey aka Stud Muffin and Stormin’ Norman age 91 of Missoula passed away March 16, 2020 at his home of natural causes. He was born Oct. 28, 1928 in Spokane, Washington.

Norman graduated from high school in Troy and was then drafted in to the Army in 1950 during the Korean War.

Norman had 46 years of service with Great Northern/BNSF and drove for Enterprise for 19 years.

He enjoyed his work, his family and spending time with numerous friends especially his best friends Don Rogers and the late Owen Waletzko, grandchildren, and great grandchildren.

Norman is preceded in death by his parents as well as two brothers; Larry and Michael and several other family members.

A celebration of life will be held later this summer.

There are no events scheduled. You can still show your support by sending flowers directly to the family, or planting a memorial tree in memory of Norman J. Nimey.
Plant a Tree

We encourage you to share your most beloved memories of Norman here, so that the family and other loved ones can always see it. You can upload cherished photographs, or share your favorite stories, and can even comment on those shared by others.

Plant a Tree in Memory of Norman
Plant a tree 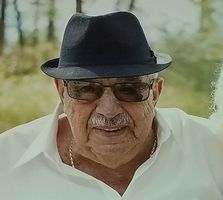