To share your memory on the wall of Richard Gress, sign in using one of the following options:

As a child he enjoyed camping with his grandparents, participating in the civil air patrol cadet program and building models. As an adult, he was often seen on Higgins Ave. wearing his cowboy hat and boots. His favorite holiday was Christmas which was shown by keeping his Christmas tree displayed year-round. This was an expression of his faith in God. He was always included in family gatherings.

Those that had the opportunity to get to know Rick quickly learned how big his heart was, and about his kind personality. Rick was the type of guy that would give his last dollar to someone in need.

He is preceded in death by his Grandparents John and Agatha Gress and Martin and Margaret Caluori along with his nephew Jonathan Moran.

The Gress Family would like to express their utmost gratitude to those that helped care for Rick throughout his life, to acknowledge all of the friendships he developed at River House, and the staff at Western Montana Mental Health Clinic.

Services will be held on Thursday, May 14, 2020 at St. Francis Xavier Church. Visitation will take place starting at 10am, followed by Mass of Resurrection at 10:30am. Mass will be held under social distancing guidelines. Immediately following mass the family will take Rick for his “FINAL DRIVE” to Arlee and back to St. Mary’s Annex cemetery for interment. Family and Friends are invited to join the procession. Pallbearers; Timothy Gress, Lawrence Moran, Jacob Moran, Nathan Teats and Tim Kay.

The family will gather for a celebration of life using social distancing guidelines at the Moran residents following burial.

The family requests any donations be made to NAMI Missoula, P.O Box 5413, Missoula, MT 59806 or donor’s choice.
Read Less

To send flowers to the family or plant a tree in memory of Richard Neil Gress, please visit our Heartfelt Sympathies Store.

Receive notifications about information and event scheduling for Richard

We encourage you to share your most beloved memories of Richard here, so that the family and other loved ones can always see it. You can upload cherished photographs, or share your favorite stories, and can even comment on those shared by others.

Posted Jun 05, 2020 at 01:17am
Almost a month has went by since you left this earth. I never thought I would miss our drives to Arlee or your numerous phone calls each day. It was a gift to get to know my older brother better these past few years. Our relationship was special. May your soul rest in peace and your memories forever remain in our hearts. Love and miss you dearly my big brother! Vonnie
Comment Share
Share via:

Posted May 10, 2020 at 03:50pm
I will miss you dearly my friend and the walks around the circle looking at the river. Wishing you a Peaceful Journey to the other side where we will meet again some day. God Bless you Rick
Comment Share
Share via: 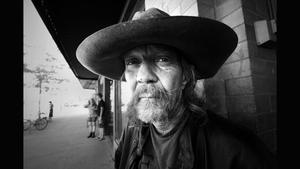