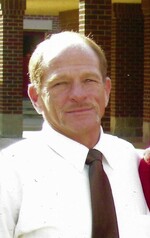 On Thursday January 7, 2021, Richard (Rick) Cyril Denning passed away unexpectedly at the age of 69. It was a shock to those who knew and loved him. He is leaving behind his loving wife and best friend of 48 years, Chris, his sons, Scott (Tawnya) and Mike (Rayne), granddaughters- Laney, Sophie, Sydney, Paige and Hillary, and his grandsons- Anthony and Gregory, his sisters Donna(Brad) and Joene, Aunts Geri Kruezer and Rosemary Codoni and numerous nieces and nephews. His boys and his grandchildren were his world.

Many are comforted with the great memories of camping trips, family outings, and numerous holidays. He was preceded in death by his parents, grandparents and numerous aunts and uncles. He was born in San Anselmo, California on March 14, 1951.

He was quite the baseball player. He played at Marin Catholic High located in Kentfield, California where he still holds records that haven’t been broken. He was inducted into the Marin Catholic Sports Hall of Fame in 2007. After high school he went on to play at Santa Clara University. After suffering an injury his Junior year, he moved to Eugene, Oregon where he played semi-pro baseball for his future father-in-law. He coached baseball at the American legion Level, at South Eugene, Churchill, and his longest coaching tenure at Marist High School in Eugene, from 1990-1997, where he kept in contact with a lot of his players.

He loved riding through the mountains of Oregon with the Gimpl Hill Gang. All the rides were very special and he had a long lasting memory of every ride.

He and his family moved to Missoula, Montana in 1998.

In 2013 he and Chris purchased P.S. Mini Mart and his son Scott still manages the store to this day. Due to the recent covid outbreak, he and Chris spent limited time at the store, missing all the customers that came in every day and the many that had become long lasting friends. However, the last nine months turned out to be a blessing for Chris to be able spend great quality time with Rick. He will be deeply missed by his family and Missoula community. One of the reasons he was loved so dearly was because he was a great storyteller and everyone that heard his stories have great memories. Not only a great storyteller, but a great, supportive listener to many regardless of age. He was always happy to show support for his grandkids and he loved watching them play sports. He rarely missed a game or event and was recently working very closely with his granddaughter, Laney, in an effort to help her achieve an athletic scholarship. We are planning a celebration of life for a later date, when covid is behind us.

Anyone who was lucky enough to have spent any time with Rick, knows how special he was and how influential he became. Rick was a loving and caring individual and will be truly missed by all.

Rick was laid to rest with his family by his side on January 18, 2021 at St Mary Catholic Cemetery located in Missoula, Montana.

Online condolences may be left at gardencityfh.com