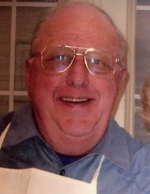 We are saddened to announce that Robert “Bob” Beaty of Missoula, Montana passed away Saturday, March 20, 2021 at his home. He was very peaceful as he left us to rejoin his beloved wife Marion. Bob, son of Robert and Deloris (Bullock) Beaty, was born May 23, 1940 in Toronto, Ontario, Canada.
Bob was the loving husband of Marian (Wilson) Beaty who passed away in 2011. He had a very successful career which afforded him the experience living in many different cities. As a young Husband he obtained a degree in Business Administration where he started a career in Toronto, Ontario and with his success was transferred to Grande Prairie, Alberta, Huntsville, Alabama, Jackson, Tennessee; then finally to settle and retire in Missoula. Retirement did not stop him as his love of craftsmanship lead him to be a master knifemaker.
Bob was a proud member of the Canadian Air Force. He was a member of the Masonic Lodge, the Montana Sheriffs & Peace Officers Association, and former president of the Montana Knife Makers Association. Above all he loved his family with all his heart and will be dearly missed.
Bob is survived by his children, Paul (Lesly) Beaty, Catherine (Eric) Flick, and Jennifer (Joe) MacLean. Grandchildren, Kaala, Stephanie, Logan, Chad, McKenzie, Ava, and Scarlet; great-grandchildren, Gabriel, Oliver, Elliot, and Jaxon. Sisters, Joan (Jim) Manner and Yvonne McDermid; brothers-in-law, Ross Wilson and nelson Walker.
A funeral service will be held at 2:00 p.m., Wednesday, March 24, 2021 at Garden City Funeral Home. In lieu of flowers memorials may be directed to St. Jude’s Children’s Hospital, Alzheimer’s Society and/or Heart and Stroke fund.