To share your memory on the wall of Robert Zimmerman, sign in using one of the following options:

Provide comfort for the family of Robert Zimmerman with a meaningful gesture of sympathy.

Bob was born on January 30, 1945 in Townsend, MT to Lois and Charles Zimmerman. He was the second of four children, ... Read More
Robert Lowell Zimmerman, 74, of Thompson Falls, MT passed away on July 9, 2019, at St Patrick Hospital in Missoula MT.

Bob was born on January 30, 1945 in Townsend, MT to Lois and Charles Zimmerman. He was the second of four children, raised in Butte, and received his education at St John’s and Boys' Central. Being a Butte boy, Bob loved pasties, pork chop sandwiches, and especially his bus trips to the Columbia Gardens.

While waiting to begin his basic training, Bob took a job with Western Airlines in Helena, and it was during this time that he met, and later married, Lynnette Aus of Cutbank. In 1972 they celebrated the birth of their son, Rob, along with Bob’s completion of Law School. Two years later they would welcome their daughter Libby. The family remained in their Billings home until Bob and Lynnette divorced.

Bob’s career as a prosecuting attorney spanned 44 years, and in that capacity, he worked as the Assistant United States Attorney - District of Montana; Chief of Criminal Division, U. S. Attorney’s Office; Special Assistant U. S. Attorney - District of Montana, and Deputy Missoula County Attorney. In 1999, Bob was elected to serve as Sanders County Attorney. He retired from his service there in December of 2018.

It was in Thompson Falls that Bob met his wife Dianne. That meeting sparked a lasting and loving friendship. On July 24, 2004, Bob and Dianne married. They made their home in Thompson Falls.

Bob loved sports, especially if the event involved his family. He was an extremely proud Grandpa whether watching college soccer, high school track, gymnastics, football, or little dribblers. Most recently he followed his nieces in their Spartan competitions. He cherished every moment. Bob was an avid Griz fan, he loved NASCAR, Tennis, Tiger, and BBQ Pit Masters.

Though Bob was very private in his personal life, he was a thoughtful listener, readily offering help when asked. He was dedicated in his service to others, fair minded, and compassionate in his practice of law. He was a selfless, loving husband, father, grandfather, brother, uncle, and friend. He was a man of integrity who cherished his family.

Bob was preceded in death by his parents, and sister Ginny.

In lieu of flowers the family requests that a donation be made in his memory. Bob’s favorite charities were Wounded Warriors, St. Jude’s, and Shriners.

It was Bob’s wish that no service be held in his memory, and his hope that everyday be a celebration, honoring the people you love.
Read Less

Posted Jul 18, 2019 at 10:17am
I am a criminal defense lawyer going on 33 years now. I first met Bob when he came to the Missoula County Attorney's Office back in the '90s. We hit it off right away. He was, as the obituary says, fair minded and compassionate seeing even those he prosecuted, not as simply names on his file folder, but as human beings. He seemed to understand that we all have flaws and he fashioned his prosecutions such that the person who had run afoul of the law could mend his/her ways. When Bob left to go be the Sanders County Attorney I stayed in touch, lunching with him whenever I was up his way. I was stunned to learn he had died. I had no idea he had fallen ill and was in St. Patrick Hospital. I would have visited. I am sorry I didn't get to say goodbye. He died far too young. He was a truly good man. I miss him. Our Montana community is diminished by his passing.
John E. Smith
Smith & Stephens PC
Missoula
Comment Share
Share via: 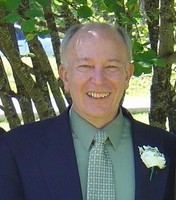 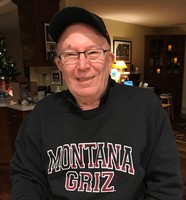 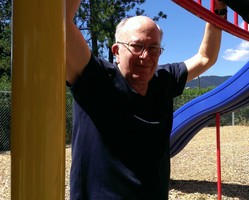