To share your memory on the wall of Rory Mill, sign in using one of the following options:

Print
Wassup! This is Rory.

He attended school in Missoula, graduating from Sentinel High Sch... Read More
Wassup! This is Rory.

He attended school in Missoula, graduating from Sentinel High School in 2011. From his earliest days, his love of sports was intense, especially baseball, basketball, and golf. Later in high school, golf became his focus, lettering in his junior and senior years. His love for golf progressed into both work and play. He even managed to get a hole-in-one before his dad. In addition to golf, he loved his Seattle sports teams and his country music.

Growing up, and continuing into adulthood, he was a joy to everyone that he met, full of jokes, pranks, while smiling the entire time. He was always able to bring smiles to faces by just being ‘Rory’. He welcomed everyone with open arms and touched countless lives.

Just after his 21st birthday, he followed a dream by moving to San Diego where he lived until late June of this year. His time spent there involved working at, amongst other places, Riverwalk and La Jolla Country Club golf courses, and making even more friends.

He recently moved home, and these last three weeks were a blessing. Time was spent loving on his dogs, Chesney and Slate, while he started to plan his next chapter. The original story ended too soon. The next part of his story lives on through the hearts of his family and friends.

He is survived by parents, Ian and Cheryl Mill; brother Andrew; aunts and uncles, Graham and Maria, Beverly, Glenn and Kim; cousins Hillary, Leslie, Brian, Jay, Randy, Cameron, and Reid; and dogs Chesney and Slate. He was preceded in death by grandparents Nancy and Jim Ramsay of Carnoustie, Scotland, and Charles and Heather Taylor of Hamilton, Montana.

His memorial service will be at 1 p.m. Friday, July 31, 2020 at Garden City Funeral Home. Due to current restrictions, space is limited. However, the service will also be streamed live through www.gardencityfh.com. To send flowers to the family or plant a tree in memory of Rory Cameron Mill, please visit our Heartfelt Sympathies Store.

Receive notifications about information and event scheduling for Rory

We encourage you to share your most beloved memories of Rory here, so that the family and other loved ones can always see it. You can upload cherished photographs, or share your favorite stories, and can even comment on those shared by others.

3 trees were planted in the memory of Rory Mill

Posted Jul 22, 2020 at 09:46pm
Although no words can really help to ease the loss you bear, just know that you are very close in our hearts, thoughts and prayers.

5 trees were planted in the memory of Rory Mill

Posted Jul 26, 2020 at 01:27pm
Dear Ian and Cheryl, I would like to express our deepest and heartfelt sympathy for the loss of your son Rory. Memories will help carry you through these difficult times. Of course the name "Rory" brings back many fond memories for me as well as the special time spent together while waiting for his arrival. Our thoughts and prayers are with you. Due to having a high risk family member in our household during the time of the service we sadly will not be able to attend but will be present by watching the live stream. With love, Paul and Cyd Ferguson
Comment Share
Share via:
AF

Posted Jul 25, 2020 at 05:11pm
Please accept our most heartfelt sympathies for your loss... Our thoughts are with you and your family during this difficult time. 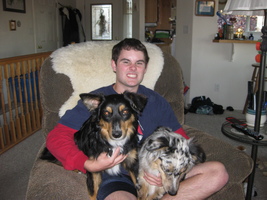 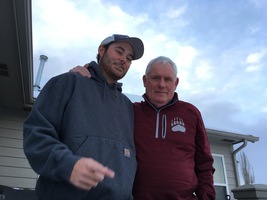