To share your memory on the wall of Russell E. Smith, Jr. Smith, sign in using one of the following options:

Provide comfort for the family by sending flowers or planting a tree in memory of Russell E. Smith, Jr. Smith

Provide comfort for the family by sending flowers or planting a tree in memory of Russell E. Smith, Jr. Smith

Following graduation, he and his wife Rosalie “Bing” Piccinini moved to Colorado where he earned his BA at Denver University. For the next ten years he vacillated between Law, the path his parents had set for him, and Academe. He moved to Seattle where he got a master’s degree in English, then dropped out of a PhD program, disillusioned, having received top marks in Latin while believing he knew very little. After being a semi-finalist for a Rhodes Scholarship, he returned to Denver to go to law school, only to quit in the middle of his last year, second in his class, to take a job teaching English literature and creative writing at Metropolitan State College. Exceedingly good at academics, he was first published in 1963 on the works of Milton in a national academic journal for taking a feminist view, something that had never been done with Milton.

In 1971, giving up on both Law and Academe, he moved with his then wife Sally Slocum to an isolated mining claim completely off the grid at 8,500 ft in the Rampart Range west of Colorado Springs. He did his best to devolve into a 3rd world subsistence farmer. It was there the beginnings of his art career were born. He started making sculptures in wax then taught himself how to weld. Three years later, he realized that if everyone left the kind of footprint on the earth that he was leaving in his rural experiment, there would be no wilderness left. They returned to Missoula.

Joining the counterculture of the 1970s in Missoula, he grew vegetables in the front yard of his house on Front Street while making his living as an artist. Decorative torch-cut containers were his bread and butter, but he also did a lot of drawing, cast bronze jewelry, and fabricated all manner of little machines including the first gun cars, hotrods built around a variety of firearms. He made art using what he called the “dumpster test”. That is, if someone came into ownership of a piece of his art, would they toss it in the dumpster, or would they keep it?

He sketched downtown, Hip Strip and other street scenes from Missoula that First National Bank published in annual calendars from 1975 – 1980; started the Gilded Lily Lunch Club which evolved into what is now the Montana Small Business Association; drew Mosquito Madness, a 5-page comic strip satirizing the local counterculture, Missoula Comix, No. 1, Vol 1 (now on display at Gild); made flower baskets for downtown Missoula; and crafted “The Tube” that is housed at Fort Missoula Museum.

By the end of the 1970s he was having to travel more and farther to find a market for his crafts. On a summer day in 1980 at a Los Angeles craft fair, he met his soon to be wife, watercolor artist Edie Wellington, and spent the next 38 years in LA. The abundance of craft shows diminished in the mid-1980s, so he donned a suit and tie and went to work as an IT guy for

Russell returned to Missoula in early 2018 and married a friend from 40 years earlier, Jeanne Ensign. They lived happily until his death from bladder cancer. He was curious, creative and thoughtful to the end and said that the process of dying was the most interesting thing he had ever done. Cremation has taken place at Garden City Funeral Home. The family sends love and thanks to the hospice Care Team from Partners in Home Care.

He is survived by his wife, Jeanne; sister, Sonia Zenk; sons, Lee Schindel and Loren Scott; stepdaughter Jada Simons; granddaughters, Summer and Ava; and a host of dear, dear friends.

Russell designed and fabricated nearly 100 metal flower baskets for Downtown Missoula in the early 1980s. Upon returning to Missoula, he was honored and flattered to see the baskets still hanging throughout downtown. Each basket has a unique design, and many have Missoula-themed messaging. Over the last two years, Russell worked with the Missoula Downtown Association to help with expansion of these cherished flower baskets. Those who wish to honor his artistic legacy can send a memorial gift in his name to the Missoula Downtown Foundation (218 E. Main, Missoula, MT 59802). Funds will be used for Downtown décor expansion and improvements.

Friends are invited to share memories of Russell at his home on Saturday, June 20, 2020 from 1-4 pm.
Read Less

There are no events scheduled. You can still show your support by sending flowers directly to the family, or planting a memorial tree in memory of Russell E. Smith, Jr. E. Smith Jr..
Plant a Tree

We encourage you to share your most beloved memories of Russell E. Smith, Jr. here, so that the family and other loved ones can always see it. You can upload cherished photographs, or share your favorite stories, and can even comment on those shared by others.

Plant a Tree in Memory of Russell E. Smith, Jr.
Plant a tree 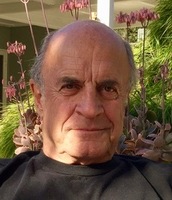