To share your memory on the wall of Russell Hartse, sign in using one of the following options:

Provide comfort for the family of Russell Hartse with a meaningful gesture of sympathy.

As a boy Russell delivered the Missoulian, and bicycled around town calling train crews for the NP before home telephones were common. During his high school years he played alto saxophone for local dance orchestras. Following high school graduation Russell moved to Butte and worked for the NP as a clerk until joining the Army Air Corps in 1942. Intending to become an airplane mechanic, the Army discovered Russell could type well, and he therefore spent the last half of World War II working as a typist for officers at air bases in England. He left the service at rank of Staff Sargent.

Following the war Russell attended the University of Montana on the G.I. Bill, obtaining a Juris Doctor in 1950. While at the university he met Lois Ann Woods, a journalism major. The two married at her family home in Silver Star in 1948, embarking on a love affair and marriage which endured nearly 71 years. Following law school Russell worked for the NP as a claims representative, initially posted in Seattle, briefly stationed at Glendive, and then spending most of his career in Missoula, retiring from the Burlington Northern in 1981. The biggest claims case he handled was the June 1962 passenger train wreck on Evaro Hill.

Russell and Lois raised their family at their Van Buren Street home where they resided for 64 years, moving to The Village in 2018. He served as Scoutmaster for Boy Scout Troop 9 at Prescott Grade School from the mid-1960s to the mid-1970s. He enjoyed backpacking, organizing and leading week-long hikes through the Bob Marshall Wilderness during his time in scouting. He continued backpacking with friends, children, and grandchildren into his 70s. In retirement he volunteered as an income tax preparer for the Missoula Senior Citizens, he enjoyed attending meetings of The Retired Railroaders, and he was the secretary and treasurer for Missoula County High School Class of 1941. He was a proud member of the Sons of Norway Lodge 4-424 in Missoula, serving various positions for the Lodge, including president. For many years Russell worked for the Lodge during Fair Week cooking and selling the ever popular “Vikings”.

The family extends thanks to the health care providers who helped Russell through his elderly years, and to his friends at The Village for their kind support. We especially thank Partners Hospice nurses Elilia and Evelyn for their skillful care during Russell’s final days. Donations in Russell’s name may be sent to the Montana Talking Book Library, PO Box 201800, Helena, MT 59620-1800 or see http://tbl.msl.mt.gov/volunteer_or_donate.

Cremation has occurred. A party to celebrate Russell’s life will be held for friends and family at the Sons of Norway Lodge September 21 beginning at 11 am. Russell emphasized this party should not be a solemn event, rather an opportunity for his many relatives and friends to gather, have a good meal, and enjoy each other’s company. Hann hafhverfar til valhalltilr mœta þórr, Óðinn, ok hans for-eldra.
Read Less

We encourage you to share your most beloved memories of Russell here, so that the family and other loved ones can always see it. You can upload cherished photographs, or share your favorite stories, and can even comment on those shared by others.

Posted Aug 31, 2019 at 01:41pm
May God bless and keep you R.L you were a huge part of my life and I will always love and remember you.
Condolences to all of your beautiful family, I love them one and all.
Comment Share
Share via: 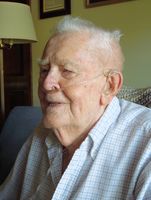 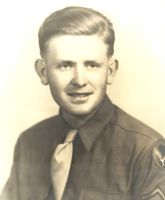