To share your memory on the wall of Ruth Lentz, sign in using one of the following options:

Print
Ruth Arlene Thora (Berge) Lentz died peacefully of natural causes on July 23,2020 at Beehive Homes.
Ruth was born in Regina, Saskatchewan, Canada on June 11,1929. As a toddler, she was adopted by the Reverend Johan Berge and his wife, Elvina... Read More
Ruth Arlene Thora (Berge) Lentz died peacefully of natural causes on July 23,2020 at Beehive Homes.
Ruth was born in Regina, Saskatchewan, Canada on June 11,1929. As a toddler, she was adopted by the Reverend Johan Berge and his wife, Elvina. Reverend Berge was a Lutheran pastor in Outlook, Saskatchewan at the time they brought little Ruth home to join their family. Ruth was extremely proud of her Canadian heritage. She remembered ice skating and fishing with her father in far northern Alberta as favorite activities. She liked to help her mother cook, but was not allowed to do much to avoid wasting valuable ingredients during the depression. Her parents doted on her, although as an only child she once tried to escape to find friends and was subsequently tied to the clothesline pole.
At the age of 12, the family moved to Baker, Montana where Ruth stayed until completion of high school. She loved to play the piano and participated in many school music activities. She told of being terribly embarrassed when selected as homecoming queen but not allowed to attend the prom as her parents thought it would be too sinful. She also participated in an afterschool band that played for many area social events. Ruth hated to be teased but married into a family of practical jokers. She met her husband Don and quickly became very close friends with his entire large family.
After high school, Ruth attended Fairview Hospital School of Nursing in Minneapolis, Minnesota and fulfilled her lifelong dream of becoming a Registered Nurse. At the conclusion of her nursing program, she and Don were married. She began her nursing career on the West coast, working in obstetrics. After a number of moves, Don and Ruth settled in Missoula where she resided for 60 years. By the time they came to Missoula, 4 children had joined the family. Ruth worked in various nursing units at Saint Patrick Hospital for 30 years. She was very proud of her career and cared deeply for all of her patients. Her first love was obstetrics but she moved to oncology when it first opened in Missoula and was involved in administering some of the first chemotherapy in town. She ended her career working in dialysis where she especially enjoyed the ongoing patient relationships.
Ruth was a lifelong Lutheran and was very active in First Lutheran Church, arranging food for funeral lunches, creating baptismal napkins and sewing quilts for Lutheran world relief for many years. She had an ability to see when someone was in need and would quietly step in to help. She never talked of it, but many family and church friends recount stories of her kindness and generosity. In retirement, she and Don enjoyed travelling. Trips were made to Europe to visit her father’s family in Norway and Sweden and to reconnect with Danish friends met at the first International Choral festival. They also travelled extensively throughout the US and Canada. She spent her time at home sewing, knitting and gardening. She loved to camp with the family. Most family occasions were marked with custom sewn fleece hats and jackets for all of the grandchildren. As her memory began to fade, she enjoyed story-telling, visiting and looking at family photos.
Ruth was preceded in death by her parents, her husband, Don, her grandson Max and her son-in-law, Larry.
Ruth is survived by daughter Naomi, son John and wife, Sally, son Bob and wife, Dixie and son Donald. She is also survived by her grandchildren Eric (Claire), Rachel (Matt Eull), Margo (Molly), Sam (Eleana), Melissa (Jake), Laura and Hannah. Ruth had 7 great grandchildren.
Special thanks to the caregivers at Beehive Homes who provided loving care for Ruth for the last 3 years. Her world was better for having Jose’s attentive care.
A private family committal service will be held at a later date when she will be interred with Don at the Western Montana Veterans Cemetery.
Memorials may be made to The Max Wave of Missoula, PO Box 17201, Missoula, MT 59801. Arrangements were under the care of Garden City Funeral Home.
Read Less

Receive notifications about information and event scheduling for Ruth

There are no events scheduled. You can still show your support by sending flowers directly to the family, or planting a memorial tree in memory of Ruth Arlene Thora Lentz.
Plant a Tree

We encourage you to share your most beloved memories of Ruth here, so that the family and other loved ones can always see it. You can upload cherished photographs, or share your favorite stories, and can even comment on those shared by others.

Plant a Tree in Memory of Ruth
Plant a tree 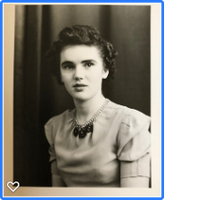 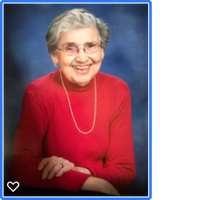