To share your memory on the wall of Sara Lipscomb, sign in using one of the following options:

Provide comfort for the family of Sara Lipscomb with a meaningful gesture of sympathy.

Receive notifications about information and event scheduling for Sara

There are no events scheduled. You can still show your support by sending flowers directly to the family, or planting a memorial tree in memory of Sara Beth Lipscomb.
Plant a Tree

We encourage you to share your most beloved memories of Sara here, so that the family and other loved ones can always see it. You can upload cherished photographs, or share your favorite stories, and can even comment on those shared by others.

Posted May 04, 2020 at 05:49pm
I am sorry to hear of the loss of Sara. I worked with Sara when I was employed at Child and Family Services. I remember her as a woman of substance, compassion, one who was respected by others and who always tried to do the right thing. Take Great Care! Coral Beck
Comment Share
Share via:
SF

Posted May 04, 2020 at 12:00pm
Sara will be missed in this world. She was a dedicated student, passionate and compasionate professional, esteemed colleague, dear friend, and loving mother to Jason. Sara was a collaborator with me on numerous projects at the Univerisyt of Montana. I valued her out-of-the box thinking and problem-solving. Her heart was so large and her desire to right wrongs, and provide beneficial resources and supports to children and families was her drive and her passion. So many stories come to mind but one in particular stands in the forefront of my mind. Sara and I presented at a National Early Childhood conference in St. Louis, Missouri. The presentation and response was a success. We decided to celebrate by going out to eat at a famous Italian restaurant near out hotel. We made reservations for two for Dr. Forest. When we arrived the host said in an incredulous voice, we didn't know it would be two women. We were placed in the back of the restaurant and he sent over either the dishwasher or bus boy who was still in teens to be our waiter. Sara and I knew that they thought two women, low tippers, little food. Well we decided to go all out we ordered a nice bottle of wine, appetizers, salad, the most expensive main meals and dessert. The young so called waiter served us until it was time for the main course, when the head waiter said he would be finishing waiting on us. Sara, promptly said, "no, we like our waiter and want him and not someone else". At the end of the meal the main waiter came with our bill and said he would take care of it for us. Dear Sara at that point said, "No, we will give our young waiter the money for the bill . When he came and collected the money we give him a 35% tip in cash and told him than-you for being such a delightful, friendly, gracious waiter. My second story was a week before Sara was to graduate and she had her car shoed by campus security and a note saying she could not graduate until she paid all of her campus parking fines, which had mounted up over the years that she had thrown her tickets away and never paid the fines. She asked me what she should do as she did not want to pay the fines, as parking was such a premium on campus and places to park were scarce. I told her pay the fines, the world needs her to employ her many skills and talents. She paid the fines and was allowed to graduate. I have and will continue to remember her as one of my boldest and brightest students who was consumate problem-solver, critical thinker, great debater, and knowledgeable professional. She will be missed in this world, but when I hear rubbles of thunder and flashes of lightening, I will know that her spirit is alive and well and challenging and asking"what if", "why that way and not this". Jason she was so proud of you and know I send you wisdom, strength, and positive thoughts and memories. Sue Forest
Comment Share
Share via: 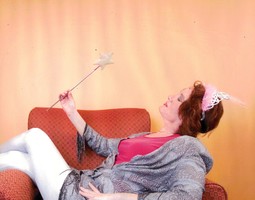