To share your memory on the wall of Theresa Nichols Youngquist, sign in using one of the following options:

Theresa was born in Missoula, the oldest of four children to Thomas and Delores Nichols. She was a lifelong resident of the R... Read More
Theresa A. (Nichols) Youngquist, 72, passed away on December 27th at St. Patrick Hospital of natural causes.

Theresa was born in Missoula, the oldest of four children to Thomas and Delores Nichols. She was a lifelong resident of the Rattlesnake valley and graduated from Sacred Heart Academy in 1966.

Her career path was mostly in service - Brownie’s In & Out, the office at Eddy’s Bakery, and the deli at Tidyman’s. She spent many years as a stay at home mother, volunteering in classrooms and as a noon-duty aide at Mount Jumbo school where she was affectionately known as “Tweety.” Her favorite years were spent babysitting her grandchildren.

Visitation will be Friday, January 3rd from 4:30 p.m. to 6:30 p.m. at Garden City Funeral Home immediately followed by a Rosary and Vigil. A mass and internment will occur at a later date TBD.
Read Less

To send flowers to the family or plant a tree in memory of Theresa Ann Nichols Youngquist, please visit our Heartfelt Sympathies Store.

We encourage you to share your most beloved memories of Theresa here, so that the family and other loved ones can always see it. You can upload cherished photographs, or share your favorite stories, and can even comment on those shared by others.

Posted Dec 30, 2019 at 09:00pm
What a fun and humorous person Theresa was. My sister sandy and I are cousins of Dons but we loved her like family. A very generous soul who will be missed but not forgotten Jackie Stevens
Comment Share
Share via:
K

Posted Dec 30, 2019 at 05:11pm
Angie and family, I'm so sorry for your loss. Theresa was a truly wonderful person. My thoughts are with you at this difficult time.

Posted Dec 30, 2019 at 07:36am
I am very sorry to hear of Theresa’s passing. I was from the Rattlesnake also and although she attended Sacred Heart and I attended Hellgate, we worked together in the diet kitchen at St. Pats during high school. Theresa was kind and funny and I enjoyed working with her. My condolences to Don and the rest of her family. Rest In Peace Theresa.
Suzanne (Gibford) Jennings
Comment Share
Share via:
CG

Posted Dec 28, 2019 at 07:18pm
I am pretty sure I never saw her without a smile and an encouraging word. She made the world brighter
Comment Share
Share via: 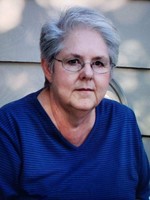 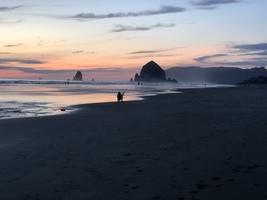