To share your memory on the wall of Thomas Lapke, sign in using one of the following options:

Tom was a manager at Zales, a salesman, draftsman, carpenter and did architecture for Lindal Cedar Homes. As a salesman, he even opened a small drive up hot dog stand called Tommy's Dogs in Polson. A man of many talents and trades, he retired and moved to the Flathead area where he lived for 15 years and continued to make so many wonderful friends that considered him family. Tom enjoyed traveling, collecting art, painting, sailing, woodworking and cooking for others as he was an excellent cook. He loved his place in Polson with its view of the water and mountains. He would sit in his sitting area and just watch the birds, deer and clouds go by as his views of the Flathead River and the Mission Mountains brought him joy and relaxation. He was a member of the Elks Lodge, the VFW, and a little Shell Tribal member.

Tom was preceded in death by his father Lance; his stepdad Howard Lapke; his 2 uncles Robert and Frank Beauchman.

You will be missed as Tommy, Thomas, Son, brother and Father. We love you so much and are relieved that you are no longer in pain but resting in peace watching over us all with grace, humor and love.
Read Less

To send flowers to the family or plant a tree in memory of Thomas Lance Lapke, please visit our Heartfelt Sympathies Store.

Receive notifications about information and event scheduling for Thomas

There are no events scheduled. You can still show your support by sending flowers directly to the family, or planting a memorial tree in memory of Thomas Lance Lapke.
Visit the Heartfelt Sympathies Store

We encourage you to share your most beloved memories of Thomas here, so that the family and other loved ones can always see it. You can upload cherished photographs, or share your favorite stories, and can even comment on those shared by others. 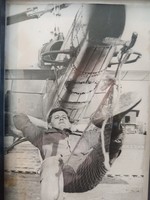