To share your memory on the wall of Vivian Pecarich, sign in using one of the following options:

Provide comfort for the family of Vivian Pecarich with a meaningful gesture of sympathy.

In 1959, she married Tom Ash in Minnesota. They were later divorced.

On August 20, 1983 she married Mike Pecarich in Coeur’d Alene, Idaho. Their marriage was later blessed by the Catholic Church in a private ceremony with Father Ed Stupca. They have been members of St. Anthony Parish since that time. She was also a member of St. Anthony Altar Society.

Vivian and Mike were avid Grizzly supporters, loved to travel, golf, and take long walks. They had spent winters in Arizona from 1992 to 2004. They enjoyed several cruises, and trips to Italy as well as Croatia.

Mike supported and cared for Vivian throughout her illness. He was by her side at the time of her death.

She was preceded in death by an infant son William Kevin Ash, Parents Raymond and Florence Yantes, and brother Joe Yantes.

A Memorial Service and Celebration of Life will take place at Garden City Funeral Home on Friday, January 31st, 2020, at 11:00 am.

Vivian’s family would like to thank Partner’s with Hospice, Dr. J. Michael Caldwell, Dr. Linda Ries, and the staff at The Springs who cared for our favorite nurse.
Read Less

We encourage you to share your most beloved memories of Vivian here, so that the family and other loved ones can always see it. You can upload cherished photographs, or share your favorite stories, and can even comment on those shared by others.

From The ESC Naval Health Clinic Cherry Point sent flowers to the family of Vivian Laura Pecarich.
Show you care by sending flowers

Flowers were purchased for the family of Vivian Pecarich. Send Flowers 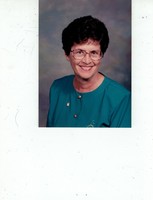