To share your memory on the wall of William Fine, sign in using one of the following options:

Provide comfort for the family of William Fine with a meaningful gesture of sympathy.

Print
Ed “Fuzzy” Fine, 87, of Missoula, passed away on August 16, 2019 at Hillside Health and Rehabilitation from kidney disease.

Born on May 14, 1932 in Somers, Ed was the son of Sara (Kleinhans) and William E. Fine Sr. As a pharmacist in Missoula, he was well known in the community as the owner of Missoula Drug Co. from 1973 to 1987. Prior to owning the Missoula Drug Co., Ed also worked at the A and C Drug Co. on North Higgins.

Nicknamed ”Fuzzy” as a youngster because of his kinky curly hair, he attended grade school in Somers where he was active in scouting and school yard sports (no organized sports were available until after 6th grade when a gymnasium was constructed by the WPA and basketball became the only organized sport).

As a student of Flathead County High School, Ed is best remembered as an all-state basketball player who also played football and participated in student government, Key Club, and band. Basketball talent earned him a scholarship to play for the University of Montana Grizzlies, graduating in 1955. Ed was an avid Griz sports fan and attended most basketball and football home games. He enjoyed classical music and was a patron of the Missoula Symphony.

Following graduation from the School of Pharmacy and completion of two years of ROTC, Ed served in the US Army Medical Service Corp for 6 years. While on active duty from 1957 through 1959, he was in charge of the Post Dispensary, Presidio of San Francisco. He resigned his commission as a captain after serving in the Army Reserves. During his early years of pharmacy he was active in the local chapter of the state pharmaceutical association and later progressed through the chairs of the state board of directors leading to the chairmanship position in 1975. Ed had also been an active member of the Elks Club (BPOE).

Ed married Patricia Felsman of Kalispell on February 10, 1952, had two sons David and Steven and later divorced. In 1972 he married Georgia Van Camp who continues to reside in Missoula. During Ed’s ownership of Missoula Drug Co. the couple lived on the “farm” off of River Road where they enjoyed gardening and hosting family gatherings and holidays.

They purchased a lakefront cabin near Big Arm on Flathead Lake in 1981 which they shared with family and friends for over three decades. Many kids were pulled on water skis behind Ed’s boat in addition to sightseeing rides around Wild Horse Island. For ten years he and Georgia lived the good life on Flathead Lake before returning to Missoula in 2012.

For those who knew Ed, he will be remembered as warm-hearted, funny and kind. To the people who loved him as grandpa, dad, husband, brother, uncle or friend he will forever be the generous and dedicated man who gave us all so much happiness and asked for so little … a wonderful man that is loved, cherished, and missed each day by all of us.

The family would like to express our heartfelt gratitude to the staff of St. Patrick’s Hospital Nurses Station, 5th floor, and the staff of Hillside Health and Rehab for their dedication and caring in helping us negotiate the final chapters of his physical life.

Cremation has occurred. Family and friends will be notified of a memorial gathering planned for later this fall. Memorials may be made to the U of M Foundation “Go Griz” or the Arthritis Foundation.
Read Less 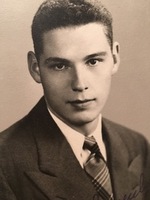 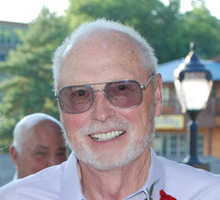