To share your memory on the wall of William Gittins, sign in using one of the following options:

Provide comfort for the family of William Gittins with a meaningful gesture of sympathy.

Print
William “Bill” Brian Gittins, Age 50, of Missoula passed away on June 30, 2019. Bill was born on August 8, 1968, in Missoula to Florence Roberta Mecham and Robert John Smith. Bill was the youngest of eight siblings.

In childhood, Bi... Read More
William “Bill” Brian Gittins, Age 50, of Missoula passed away on June 30, 2019. Bill was born on August 8, 1968, in Missoula to Florence Roberta Mecham and Robert John Smith. Bill was the youngest of eight siblings.

In childhood, Bill attended Missoula and Frenchtown area schools. When in high school, Bill participated in wrestling throughout his high school years. Bill would often talk about him and his friends’ high school antics for years to come. In 1994, Bill met Janet Spooner; two years later in 1996, the best day in Bill’s life happened. His son Dorian was born.

Bill enjoyed a career as a roofer for more than 30 years. He was a proud business owner of B & D Roofing and worked very hard to build his successful company. Bill had a great work ethic and was one of the hardest workers that anyone would know. He was often referred to as “The Roof Dog” and “The best roofer in the west.” Bill many times donated to charities and fundraisers, and helped people when they were in need.
Bill enjoyed playing softball with Janet and their friends. Bill and Dorian also spent time playing video games, golfing, fishing, driving go carts, traveling on the weekends, and countless other activities, as Bill used to say “he would always be a kid”, which is why 4th of July was Bill’s favorite holiday. Every year, he always wanted to put on a bigger better firework show than the previous year.

One of Bill’s greatest thrills in life was going fast. He had a love for cars and often spent time going to car shows and car meets. Old or new, American or Japanese, if the car was fast, it was a car for Bill. He often traded many different cars because he always wanted to have a new experience.

Bill was a great father and very proud of his son. Dorian and Bill were the best of friends and Dorian was his world. Everything Bill ever worked for was for his son.

Bill was survived by his son Dorian and many family and friends. He is and will be greatly missed by all.
Read Less

Posted Jul 05, 2019 at 06:12pm
We are sorry to see that Bill passed away. He re-roofed our home a couple years ago and did a fine job of it, as well as leaving our property in good shape when his crew left it. Our thoughts and prayers are with your family.
Comment Share
Share via:
PL

Posted Jul 03, 2019 at 12:15pm
Bill and his company recently replaced our roof. We worked with him for several months making arrangements. Bill was always responsive, personable and hurled himself into the project. We last spoke with him just a few days ago. He was very proud of his son and was making plans for the future. We are very grieved about his death. It was too soon. We would like to extend our heartfelt condolences to Bill’s son, as well as his entire family and other loved ones. - from Patrica and Gary Lynam, Missoula, MT -
Comment Share
Share via: 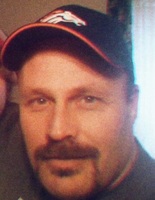