To share your memory on the wall of William Graham, sign in using one of the following options:

Provide comfort for the family of William Graham with a meaningful gesture of sympathy.

May 6th, 1966 he married the love of his life Virginia “Ginny” Bohannon. Upon becoming a husband he was blessed to also have a bonus daughter. Over the next years they were blessed to add another daughter and two sons to their family. Over the years Bill and his family lived in many places; Portland, Lolo and Clinton. In 1999 Ginny and him found their forever home in Seeley Lake.

Although retired he spent several years working overnights as the Janitor for Wally’s. Besides going to church and praising the Lord he spent much of his time camping and fishing with his wife and kids. After he became a grandfather many summers were spent at River Pointe. He married Donna Dewey in 2010, they were married until her passing in 2018. He was a proud, loving and God fearing man who was always there to help his neighbors and refused to accept a dime.

He is survived by his sisters Esther (OR) and Eileen (ID), daughter Debra Graham (WA), Dwayne Graham (WA), DeAnn Graham (WA), David Graham (MT), grandchildren Nicole & Lisa (ND), Anthony (ND), Christine (CO), Anthony (ND), Zackary & Keren (OR), Savannah & Julia (OR), Jayce (OR), his great grandbabies Marcus, Jazmyn & Liam and niece Joyce (OR). As well as many friends and those adopted in the family over the years. He was welcomed into Heaven with open arms from Ginny (wife), Donna, mother, father, grandchild Graham and great grandchild Parker Grey. 2 Timothy 4:18 - The Lord will rescue me from every evil attack and will bring me safely to his heavenly kingdom. To him be glory for ever and ever. Amen.

Funeral arrangements are being made by the family for a later date. The family would like to thank Renato, the church, his nurses and the wonderful hospice workers who helped his daughters make these last few week full of love and compassion. In lieu of money and flowers please make donations in his memory to Mission Bible Fellowship.
Read Less

To plant a memorial tree in honor of William Graham, please visit our Heartfelt Sympathies Store.

Receive notifications about information and event scheduling for William

There are no events scheduled. You can still show your support by sending flowers directly to the family, or planting a memorial tree in memory of William Graham.
Plant a Tree

Plant a Tree in Memory of William
Plant a tree 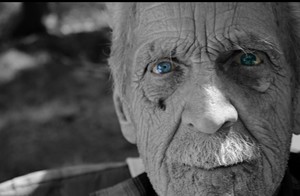