To share your memory on the wall of William Wheeler, sign in using one of the following options:

Provide comfort for the family of William Wheeler with a meaningful gesture of sympathy.

Bill, as he was known by many, was born on March 24, 1948 in Missoula, Montana at the old St. Patrick Hospi... Read More
William J. Wheeler, Jr., son of Blanche (Lanoue) and William J. Wheeler, Sr., passed away peacefully at sunset September 1, 2019.

Bill, as he was known by many, was born on March 24, 1948 in Missoula, Montana at the old St. Patrick Hospital on Broadway. He was the second child among thirteen siblings and the first son tucked in between six sisters.

Bill attended school in Missoula and graduated from Loyola in 1965. He grew up on the outskirts of Missoula on the family ranch. He, along with his sisters and brothers, took on the many chores and activities that were required of life growing up on the farm. They worked long hours and in all kinds of weather. Bill’s long-term commitment to his parents and lessons of hard work from childhood followed him throughout his life.

Bill was a rancher, farmer, builder, miner, manager, overseer, musician, orator, construction operator, spouse, father, papa and the man who seemed to have mastered many trades as they were dealt to him. He was always willing to jump in with both feet and “get ‘er done.” His commitment to his farm and ranch was his passion. Bill had a natural ear for music. He played piano at a very young age and spent many years singing and playing guitar to friends and family.

He was preceded in death by his parents, William J. Wheeler, Sr., Blanche Wheeler, his infant sister, Bridget, his half brother, Paul and his grandson, Saber David Wheeler.

Services will be held at the Fold of the Messiah in Tarkio, MT. on Friday Sept. 13, 2019 at 11 am. In lieu of flowers, donations may be made to Paralyzed Veterans of America (PVA), Disabled American Veterans (DAV) or St.Labre Indian School.
Read Less 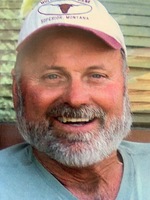